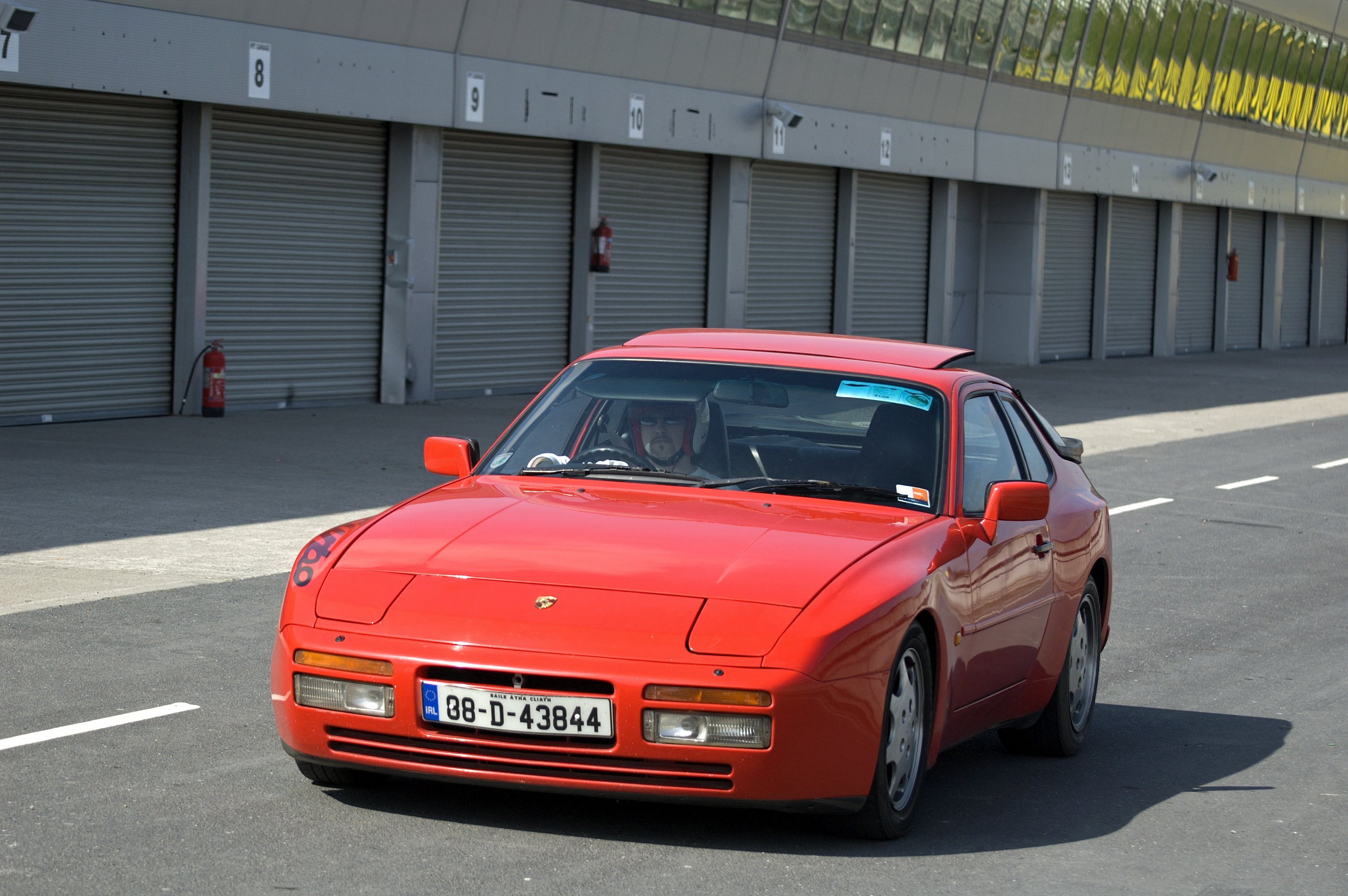 I owned a 1988 Porsche 944 Turbo, the first generation turbo with 220 bhp.  And this car was in Guards Red, as Porsche call it.  It really stood out from the crowd with the nice lines, sharp colour (it had been resprayed at some point before I got it), and of course, that coolest of design elements, pop-up headlights.

This car was my first real sports car that was mentioned in those coffee table books – you know the ones, the best cars from the 80s and 90s, etc.  I remember starting the purchasing journey by going to my book collection (yes, I have  several of those best cars of the 80s and 90s books!) and spending a few hours drawing up a short list … well, a medium list …

What criteria did I use?  Hmm – the car had to be fast.  And look cool.  And be in one of these books!  Before long, I had a list that was several pages long, but I don’t want to bore anyone so here are the highlights from that list (that I can remember!), in no particular order —

With the list drawn up, Carzone was then introduced to the search … where a dose of reality landed as I went to both draw up a list of cars to view, and then the actual viewings of some of them.  Trying to find a 928 with working electrics proved impossible, Sapphire Cosworths were not insurable, 190E Cosworths weren’t available, the Elise was absolutely tiny and the 911 models I viewed were run on a shoestring budget, hence the future longevity of anything I bought looked ropey.

But then I hit upon Cameron Cars, who had a 1988 Porsche 944 Turbo.  A quick telephone call resulted in a really enjoyable test drive (Bob Cameron is a racing driver as well as a car dealer, and showed me what the 944 Turbo could do on back roads before he gave me the keys and told me to go and enjoy myself).

Finance and insurance sorted in double quick time, and I picked this car up at Christmas.  Bob opened just for me during Christmas, with the car polished and in the middle of the show floor, sparkling as the overhead lights hit it just right.

I’ll never forget the moment of walking into the showroom, my eye falling naturally to this spectacle, and realising that this was my car!  Thanks Bob, that was a magical moment that all petrolheads need to experience.

I drove this car as much as I could.  Every Friday, my office commute was much more enjoyable (the regular car at that time was a re-mapped MG ZT CDTi, so Friday was a drive I really looked forward to).  The 944 loved to stretch her legs on the back roads and motorways I used on my regular commute.  Despite being only a 4-pot engine, Porsche sourced a counter-rotating balance shaft setup from Mitsubishi that really smooths out this engine, almost making it as smooth as a 6 cylinder when driving.

Driving somewhere one day a BMW 5 series in front of me with a bodykit and a loud exhaust, slowed down and waved out the window for me to overtake.  No sooner did I indicate than he floored it, to test the 944.  Suffice it to say, this 944 was a fast car in the midrange, with little enough turbo lag once I had learned how to best maximise the throttle.  As I pulled back in to my lane ahead of the BMW, he flashed his lights and waved again … he enjoyed trying it on as much as I enjoyed blowing his doors off.

That’s what the 944 invokes in people.  It’s a really nice car to look at, and people recognise it as a sports car that anyone can aspire to.  However, it was not always recognised as a Porsche.  I lost count of the times I was told I had a nice Ferrari! 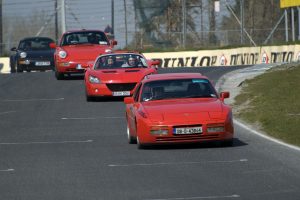 Yes, this car knew it’s way around Mondello racing circuit.  And it was really quick in the corners too, regularly closing on faster 911s that couldn’t power through the corner like the 944.  This car was really well balanced, with the gearbox at the rear and the engine at the front, giving near perfect weight distribution that I exploited pretty well on the track, if I do say so myself.

I learned a lot about brake fluid from this car too, as I boiled the fluid on my first trip to the racing circuit.  Nothing scarier than barreling into a corner and the brake pedal goes to the floor!  Since that moment, I’ve paid very close attention to brake fluid service intervals.

If this was such a fantastic car, why did I get rid of it?  Let me give you two reasons.  Firstly, because I enjoyed this Porsche so much, I wanted to drive it every day but my insurance policy was limited to 5000 miles per year, which was frustrating … although nobody asked what the mileage was at the start of each policy year …

Secondly, it was an old car that required expensive maintenance, as do all Porsches.  The engines work brilliantly until suddenly they don’t, and preventing that sudden catastrophe is not cheap.  Turbos can blow, electrics on the 944 can be tricky (the pop-up lights stopped working after I traded it back to Cameron cars apparently, although they were working fine for me while I had it.  Always wondered about that.)  Seat motors can fail.  The digital clocks rarely work, and the sunroof drainage channels can get out of alignment, so the heavy rain that is supposed to run to the ground instead turns the carpets into paper maché … and I know this from experience.  Parts are easy to find on the internet though – I used Pelican Parts regularly –  but then finding a mechanic who knows what this is, and how to work on it can be a challenge.

But don’t misunderstand me – these cars look great and are very enjoyable to own.  I’m delighted I owned this motor for so long, and have fond memories of my time with it.  I’d buy another one in a flash, although I might consider the 3.0 petrol engined 944 S2 next time to prevent maintenance worries around the turbo.

Hmm … I wonder what a Carzone search would produce right now …