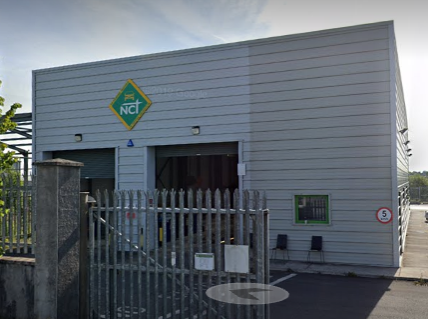 I’m starting to wonder about the integrity of the NCT.  And I say this with good reason.  Those of you following the story of my XF’s NCT will know that it was failed on a rear suspension imbalance.  (In case you’ve only joined the story on this post, here are the first and second parts).  Apparently the car was really off in its handling … and that confused me, as I am pretty skilled at telling when a car’s handling is off ( a skill acquired when I owned a Citroen AX GT many moons ago ).  For the car to have this sort of reported imbalance, I’m positive I would have noticed the issue when driving.  But all seemed perfectly fine to me.

So I rang my usual XF mechanic, but he couldn’t deal with it as he was going away on a break.  I then reached out to an independent Jaguar specialist, and their response was interesting.  They told me that they had seen many XF owners coming to them with exactly this issue, but when the cars were raised on the ramps, nothing was evidently wrong.  Interesting …

Sure enough, the car was lifted and they could find nothing out of the ordinary.  It was suggested that I go for the retest without making any alterations, as there was a strong possibility that the car was incorrectly lined up on the NCT machinery during the first test.

So I did – no change of any sort was made to the car’s mechnicals.  It was put through the NCT in the exact same condition as it had been for the first test.  I went to the same test centre, but was retested by a different mechanic and in a different lane.  The car passed without any issue ..!

This calls for further investigation, in my opinion.  A retest that involves using a lane means that the owner incurs a retest fee of €28 on top of the €55 already spent for the test.  I wonder how many people have paid for what would have been unnecessary repairs and then incurred the retest fee, all because the car was not tested correctly?

Leave me a comment below if this is something you have encountered.