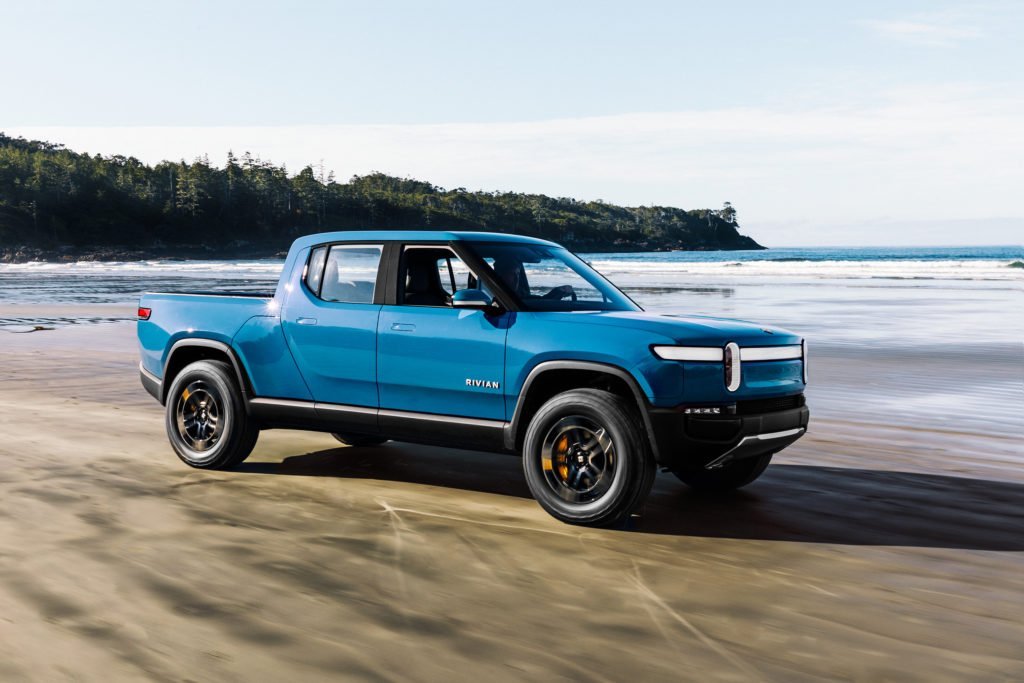 I just read on Reuters that Rivian have secured a further $1.3 billion investment in their electric vehicle startup, bringing the total valuation to over $7billion.  This got me intrigued, as I’ve never heard of Rivian until now.

To date, Rivian have received investment from Blackrock Inc, Amazon and Ford.  Based in Plymouth, Michigan, Rivian are developing an EV platform that they are calling a skateboard, which is comprised of a chassis that incorporates the electric motor (motors?), batteries and controls.  This skateboard can then accommodate many different body styles.

And as I look at their website, I see two distinct body styles to date – a pickup truck called the R1T and an SUV called the R1S.  This tells me that Rivian know the best selling market segments currently, and with the design of these vehicles, they also know that way-out-there designs like the Tesla Cybertruck just don’t gain traction in the market.

The R1T is quoted as having up to 750bhp, with a wading depth of 3 feet (in a EV!).  A range of over 400 miles looks good but I see no mention of recharging time, which is where I usualy find EVs don’t fulfil my requirements for a daily driver.  However, I like the design of the pick up truck including the interior, which looks comfortable without being wacky.

The R1S is quoted with the same specs as the R1T, which makes sense as they are effectively the same powerplant with different bodies (RIvian’s skateboard design).  The interior differs as this is set up to carry more passengers, but again looks luxurious without the wackiness I find in Tesla’s or the original Toyota Prius.

I remain sceptical about EVs until such time as battery technology allows equal distances and equal fill-up times as motorists currently enjoy, but I like what I see here from Rivian, and will be following their progress with interest.