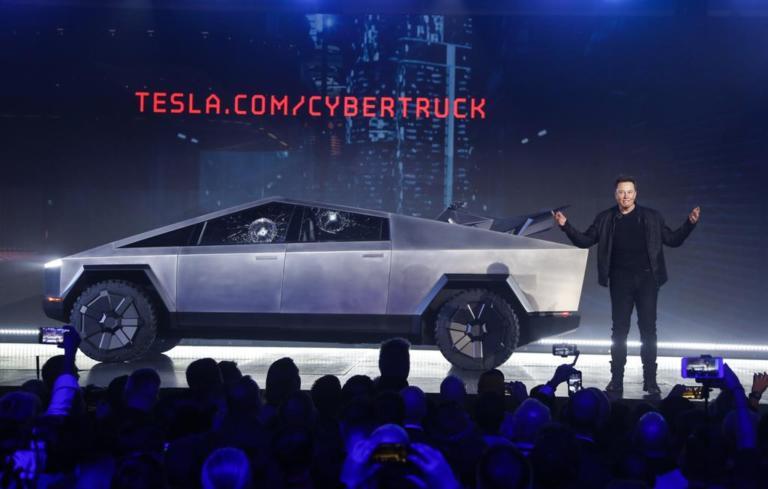 Tesla unveiled their much anticipated pick-up truck finally, with some very bold claims and some very uninspiring design.

On stage, it was announced that the windows were impact proof.  Tesla even went so far as to show video footage of a the windows withstanding live rounds fired from a 9mm weapon.  So far so good, suggesting that the design is solid and Elon has yet again come up with a good idea.

But then it was the time to prove it on stage, so out comes a Telsa employee with a steel ball bearing.  Which, on launch, smashed the window.  Oops.  And then when it was decided to try it on the second window, sure enough it smashed that window too.

Now, I am not for one second suggesting the claim regarding impact resistant windows is false.  But I am calling into question that same issue that is plaguing Tesla – the issue of build quality.  I would not be surprised if the pick up truck that was demo’ed on stage suffered several production mishaps along the way and was never tested thoroughly before being driven out for its big debut?

And while I’m here, what’s with the design of this thing?   This is the kind of angular, not well understood image of a truck that I would expect from a young child with crayons.  If this is the level of output required from Tesla designers, I’d like to point out I could do better and I’m available at short notice!

A word of warning to anyone who buys the truck – if it ever gets launched in this iteration – the windows may be bulletproof but the hi-jackers just need a small steel ball bearing to break in.  I wonder what insurance companies will make of that!

Update [December 17th 2019] – the Cybertruck will not be allowed on sale in Europe.  The rigid steel on the bonnet will not pass EU pedestrian protection and passenger safety regulations.  Oops.