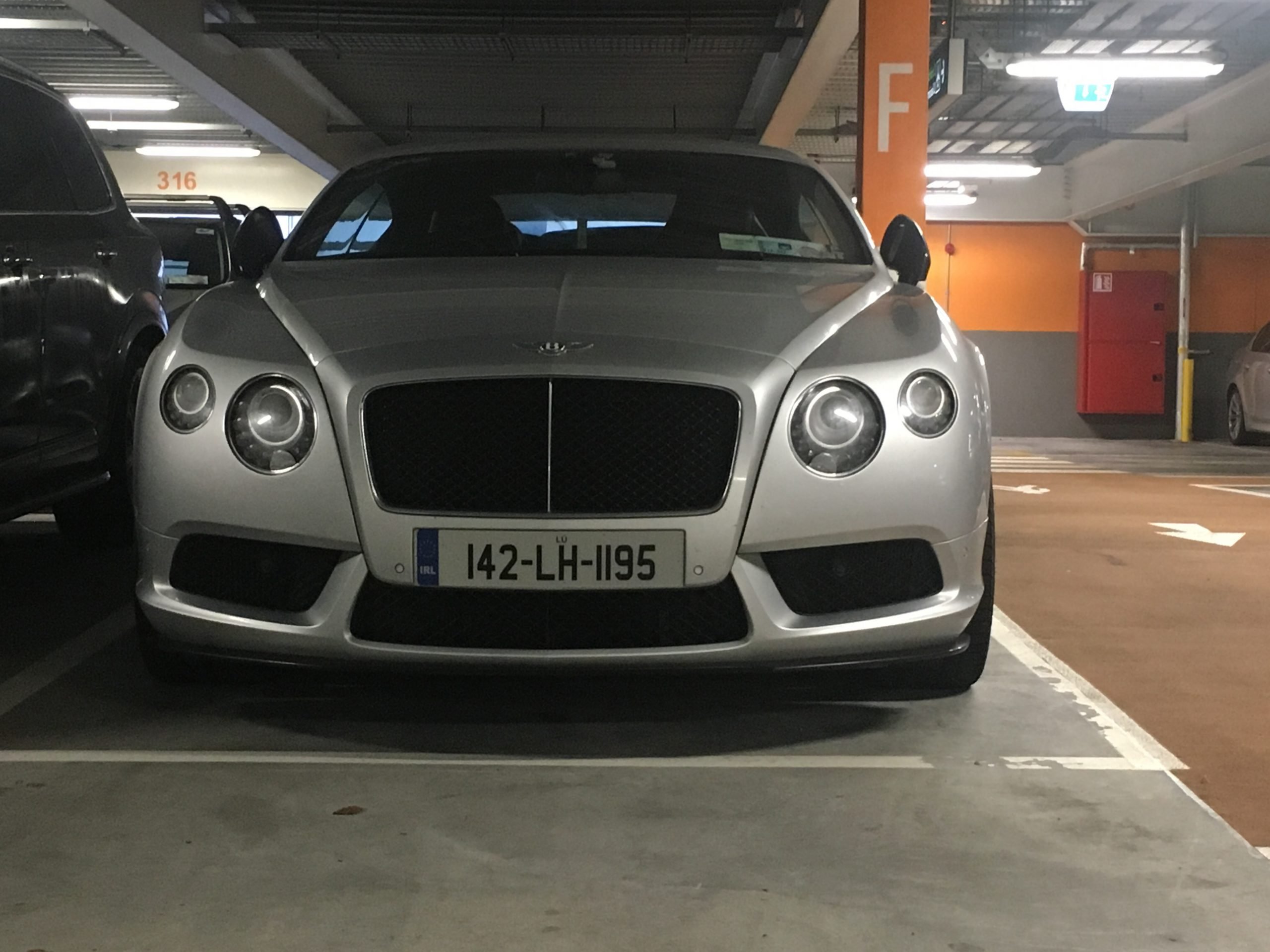 Although this car seems way too big and bulky, Bentley’s take on the grand tourer segment is a really impressive car.  I drove the four door version (Flying Spur) of one of these a few years ago – on motorways these cars just soak up the miles effortlessly, but show it a back road and a heavy right foot and the car transforms into a real joy to drive.  The handling is precise with a fantastic four wheel drive system that just grips far beyond the limits of the road.

Unveiled in 2012 at the North American International Auto Show, this particular GT is powered by a version of Audi’s 4.0 V8 engine that features cylinder deactivation as a nod towards fuel economy.  500 mile/800 km range from a single tank of fuel in a car this size is impressive, no matter what you think about big engined machinery.

I have to admit that while I really like the overall appeal of the Bentley badge.  The fit, finish and attention to detail of these cars is fantastic, and if I had to buy a grand tourer, I would have a hard time ruling a Continental GT V8 out of the running.  Head turning no matter where they are – in this dimly lit area of the car park, this Bentley stands out a mile.

Launched in 2012, the GT V8 variant of this second edition of the Continental is powered by a  4.0L twin turbo V8, developed in conjunction with Audi and the recipient of many industry plaudits.  In this guise, the powerplant punches out 500 bhp that propels this machine to 309km/h but uses cylinder deactivation to return an 8% saving on fuel economy.  Bentley’s version of cylinder deactivation in this engine works as follows – in the deactivated cylinders, the pistons continue to move because they are being driven by the crankshaft.  Before the valves close, the combustion chambers are filled with fresh air with the fuel injection and ignition shut down. This intake of air lowers cylinder pressure acting as an air spring, effectively reducing the energy needed to move the pistons, resulting in better efficiency.

Other technical wizardry includes on demand power-steering assistance, specially designed eco-tyres and overrun alternator charging.   An 8 speed tiptronic transmission allows the driver to shift cogs manually if required.  And this paddle shift has, in my opinion, the correct setup in that the paddles are column mounted.  I’ve driven a few paddle shifters that have the paddles mounted on the wheel, meaning that you can fumble for a gear change when the wheel is not in the dead ahead position – this usually happening when you are in desperate need for another ratio before you blow the pistons through the bonnet!