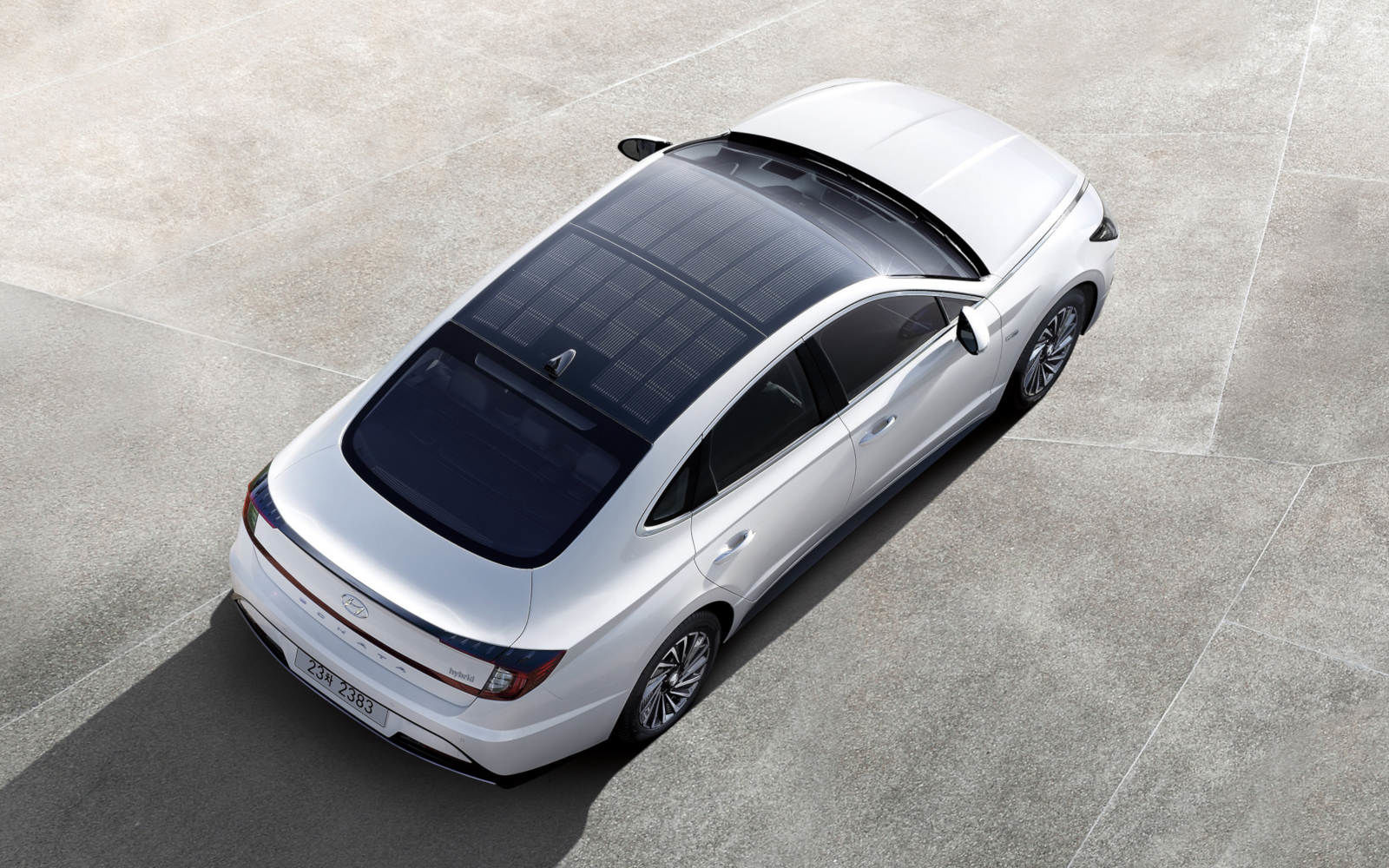 Hyundai are making a big fanfare out of their innovative solar roof, which they highlight as having the following benefits:

I’m not convinced by any of this.  Solar panels usually need to be large and angled to really produce any sort of power.  And as Hyundai are stating that this cannot be used to fully charge the battery, then I wonder just how useful this actually is.

Hyundai go on to say

With 6 hours of daily charging, it is expected to increase drivers’ travel distance by an extra 1,300 km annually.

6 hours of sun a day for the car to charge … to only get us an extra 1,300 km.  Let’s assume that the average driver for the Hyundai Sonata 2.0GDi HEV (the car they launched it on) will only be buying a 2.0 engine as they will be travelling larger distances.  They didn’t buy this car to do the school runs and drop into the local shop.  Therefore the average distance covered each year could easily be in excess of 40,000 km.  But let’s play nice for a second, and pretend the average distance each year is less – let’s pick a figure of 30,000 km.  That means the new fangled solar roof will give the driver the following fuel saving:

Interestingly, the price for this solar roof is missing from the Hyundai page.  If I was only saving 4.3% of my refuelling costs (and remember, I did this calculation on a lower than average distance per year for the sort of driver that Hyundai want to buy this car), then I would rather spend that money on a bigger battery, which would get me more range …

It’s a pity, really.  I thought when I first read this that Hyundai had made a huge leap forward with electric cars, and my bugbear that they take forever to charge.  Oh well…

P..S. – Hyundai have no plans to launch the car in Europe … why?  Greece, Spain and Portugal have huge amounts of sun each day …