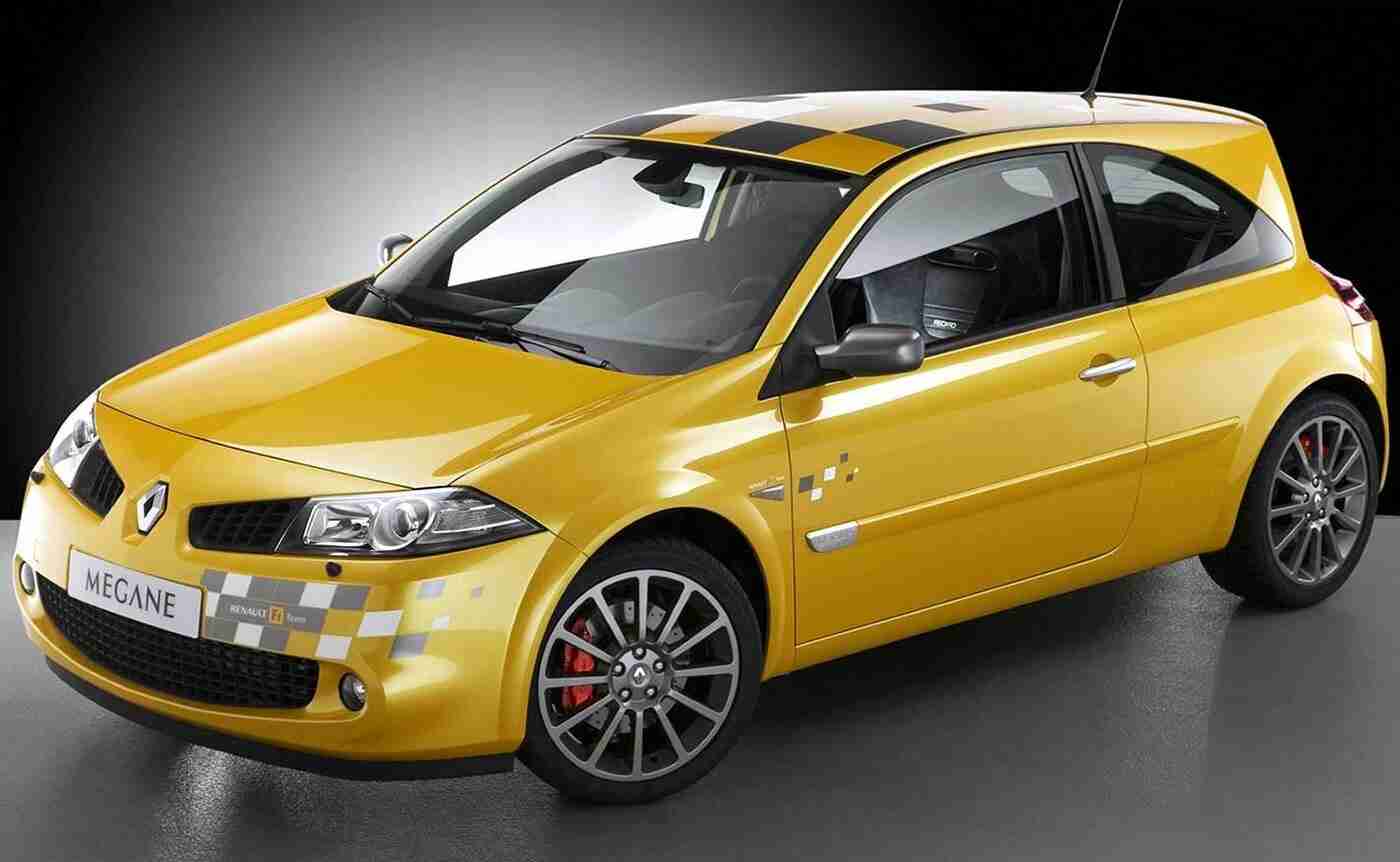 One word .. RenaultSport.  The petrolheads amongst you will feel a tingle of anticipation at that word as this division within Renault gave us some great cars over the years, such as

Today we’re looking at the Megane F1 230 R26, or R26 as it is commonly known.  I’ve come across two of these magnificent road cars for sale.

The hot versions of the Megane were based on the second generation of the Megane that launched in 2004.  Available as a three door and a five door, the hot models were assembled in the same factory in Dieppe where all the fast Renaults (and the Alpine A110 and A610) were built over the years.

The base Megane 225 uses a 2.0 litre petrol engine with a twin-scroll turbocharger that delivers, unsurprisingly, 225bhp controlled through a six speed manual gearbox.  The 60mph dash vanishes in 6.5 seconds and the car runs out of oomph at 149mph.  While every inch a hot hatch and the winner of several accolades, the enthusiastic drivers amongst us felt a bit aggrieved at the electric power steering and the hard ride that bounced off the road instead of flowing along it.  The harsh ride is a shame as this hot Megane adopted double-axis strut suspension with an independent steering axis.  Brembo supply the front brakes so it stops as well as it goes, and to see where you are going the Megane 225 has Xenon headlights – however, these require the front bumper to be taken off if a headlight bulb blows …

These cars had a good level of equipment provided as standard with automatic lights and air conditioning.  If you splashed out on the Lux variant this added keyless starting, folding wing mirrors, 4 x electric windows, 6 speakers fed from a 4 x 15W RDS stereo that could speak MP3 as well, an auto dimming rear view mirror, climate control and leather seats.

The Cup version of the 225 removes the tire pressure monitoring system and offers anthracite alloys running originally on Dunlop SP Sport Maxx rubber.  The dampers are retuned with different spring rates while the ESP can be deactivated.  The car’s handling is sharper thanks to these alterations and the loss of 20kg in the overall weight of the car.  All round drilled brake discs coupled with a bigger master cylinder improve the stopping power (indicated by the presence of red brake calipers).

Visually the car is discernible with anthracite door mirror caps to match the alloys mentioned above.

Alterations for the R26 version

When Renault won the 2005 F1 Constructors and Drivers Titles, the decision was taken to commemorate this with a special Megane.  Based on the 225, the RenaultSport Megane 230 F1 Team R26 was created.  All the handling improvements from the Cup model were standard on this version which also benefitted from Brembos on all four wheels, revised steering, a sports exhaust, Recaros, Team F1 stickers and a numbered plaque.  Finally, the biggest improvement of all was the inclusion of a limited slip differential.

What to look out for on the R26