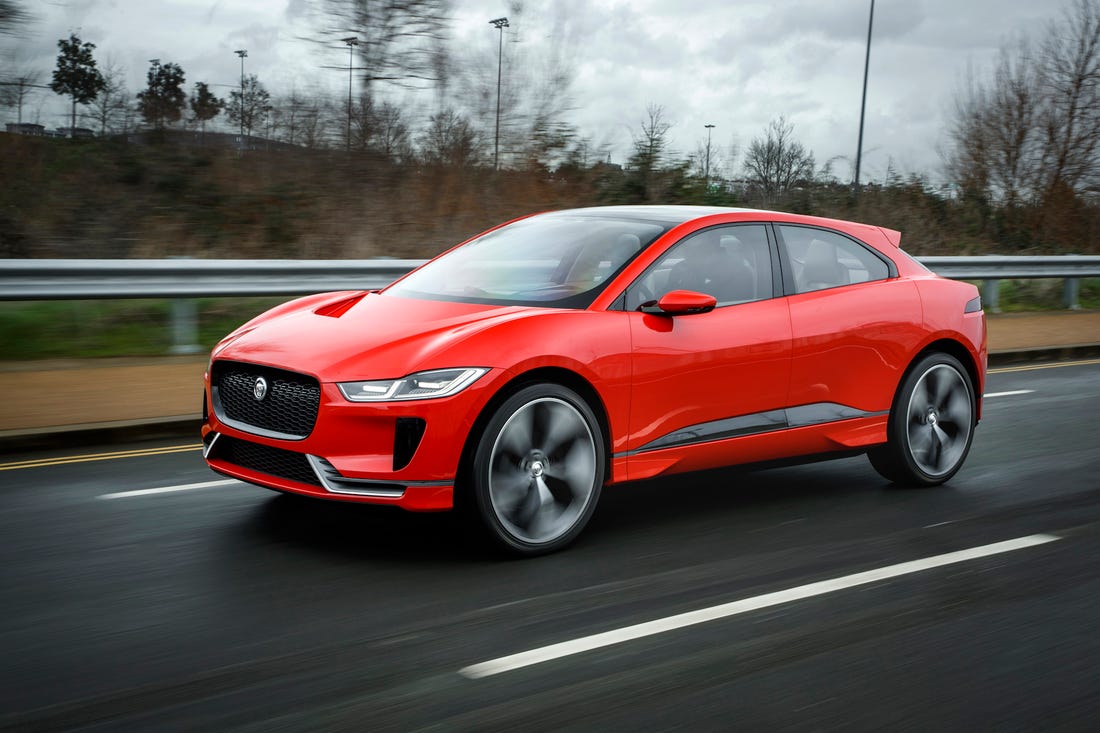 Firstly, I drive a Jaguar.  However, I bought the XF myself after comparing it to a Merc, an Audi and a BMW, it is not a sponsored car and it’s my first Jag, so please don’t assume any sort of Jag bias here.  Secondly, I sat in both an F-Pace and an E-Pace recently enough and thought both were quite decent inside, with the E-Pace edging it in terms of looks.

Now, with that out of the way, let’s discuss Jaguar’s foray into the electric SUV arena.  I was in a motor dealer today getting my rear number plate bulb holder repaired (stupid design on the XF!) and came across a Jaguar I-Pace in the metal.  I’ve been looking forward to seeing 2019’s European Car of the Year up close, so this was an unexpected treat (this was not a Jaguar franchised dealer but an independent specialist.  I am allergic to paying main dealer service prices!).

First things first – I don’t like the rear haunches and back end of the I-Pace.  The lines along the front and most of the side are really nice, but up close the rear doesn’t look as nice as I expected from the photos I’ve seen.  Secondly, this is yet another example of an SUV with a tiny rear window!  Parking this would be impossible without aids – look how far the rear overhang is.  Good luck trying to judge that from the tiny visibility available.

Trying to overcome my initial disappointment at this machine, I went online to the Jaguar site in a vain attempt to build this I-Pace up in my estimation … and failed dismally.  The range charge is not suitable for my life style at all – when I set the range estimator to my usage, it gave me a range of 300km.

Kudos to Jaguar for putting this on their web site – it gives me an idea of just how utterly useless an EV with current battery technology is for my lifestyle.  I get just over 850km with my current Jaguar and if I had a less heavy right foot, I could add another 75km, but this XF S is a real drivers machine so I blame my current low fuel economy on Jaguar for creating such an engaging drive!  If I switched for an EV now, I’d be spending hours in charging stations as my average drive usually seems to be at least 60km.  I’m already in fuel stations way too often during the week, but at least I only spend on average a total of 3 minutes refuelling.

I am coming around to the idea of an electric beast in the future – in fact, if you read my review of the TOGG C-SUV you’ll sense my enthusiasm for that particular offering.  I like the idea of the TOGG more than the i-Pace for a few reasons:

Hmm … ok, maybe I just like the look of it – everything else is yet to be proven.

My conclusion on the I-Pace therefore is one of disappointment – overpriced, not a pleasant design, too slow to charge, and needs charging too often.  In short, it falls into the same series of traps that most other electric vehicles do at the moment.