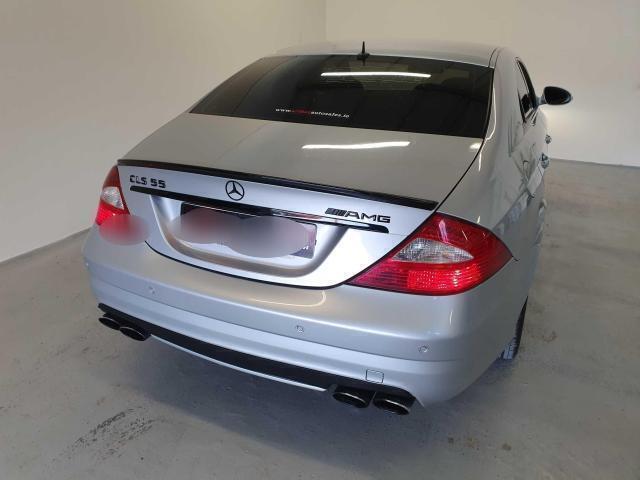 Produced between 2004 and 2010, the CLS (codenamed C219) was Mercedes’ first foray into the fastback segment of the market.   Based on the E-Class (W211) range sold from 2002-2009, the CLS had less of everything for passengers (boot space, headroom and legroom) but was more expensive than the E-Class on which it was based … a real example of less is more?

Mercedes had demo-ed a concept of this fastback body style at the Frankfurt motor show in 2003, showcasing a seven speed automated transmission providing the drive to a TDi powerplant.  It also showed off cornering lights, which I’ve had once on a BMW and thought they were very handy.  The production model was then first sold as the CLS500, launched at the New York motor show the following year from the unveiling of the concept.

As befits the Mercedes approach of leading the charge to adopt new technology in the automotive space, the CLS was sold with bi-xenon headlights, auto dimming mirrors, auto wipers, radar guided cruise control and an air suspension system that is driver adjustable with an adjustment range of 76mm.

The AMG tuning arm of Mercedes targeted the CLS range as a contender for their efforts, and shoe-horned a supercharged 5.4 V8 into the car to produce the CLS55.  This powerplant delivered 469 bhp (350kW) and 700 nM (516 lb/ft) of torque providing final drive to the rear wheels through a five speed automatic transmission.  The suspension was beefed up to deal with the additional power and larger brake discs featuring 8-piston calipers tamed the beast when required.