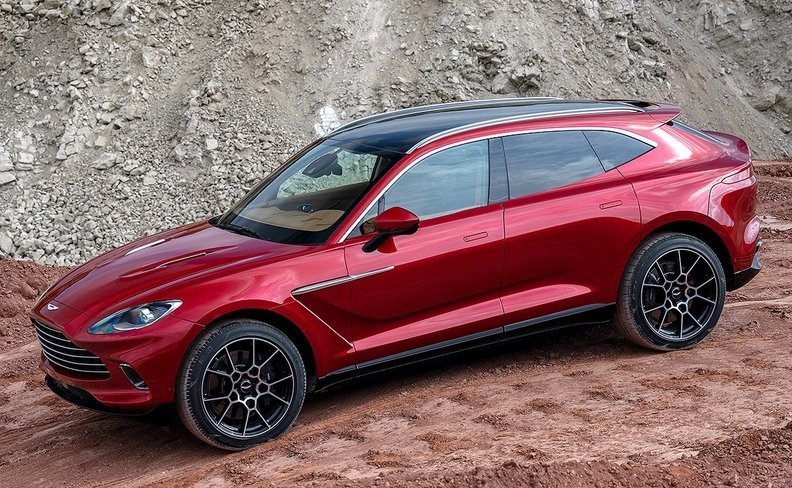 Aston Martin have announced their version of the SUV, called the DBX.   And there’s some pressure on this car, as Aston Martin are relying on this car for company survival.  This is an interesting situation – Astons have always been expensive cars but I thought they were cars that were selling quite well, albeit with a pretty homogeneous line.  But since Aston went public with an IPO in 2018, they’ve been steadily losing value as a company as sales have dropped significantly.  Watch this space because if this succeeds, the next James Bond could be driving it, and if it doesn’t, he’ll be stuck in his DB5 as there won’t be any more Aston Martins.

Height adjustable air suspension, all wheel drive and dynamic torque distribution suggest that this particular SUV should be able to mix it up off road, and with an all aluminium construction, I would expect it not to get stuck too easily either due to the weight saving properties of aluminium.  Interestingly, Aston Martin take pains to point out that the sporty dynamics for which they are known are also present here, as they highlight the double wishbone front suspension combined with a multi-link rear axle, as well as electronic adaptive damping for every wheel.

Utilising a 4.0 V8 twin turbo powerplant punching out 542bhp, this SUV seems to have taken the Lamborghini Urus as inspiration.  And with such features as front and rear heated seats, all leather interior and special acoustic glass, it should be a very comfortable place to pass the time when off-roading or just trundling down to the local shop for milk.

With a projected price tag of $192,000 in the US, which presumably will be the biggest market for this machine, Aston stand some sort of chance of raising their return per vehicle.  A new factory has been built in Wales specifically to construct the DBX, with a workforce of 300 currently, rising to 750 once fully operational.  The investment here is backed by a £500m injection by Lawrence Stroll, owner of Racing Point F1 (to be rebranded as Aston Martin F1 racing).  And this investment was badly needed, as sales tanked last year and Aston ended up with a lot of excess stock it couldn’t shift. Without this investment, the DBX would have not made it to market, and Aston’s run would have been done.