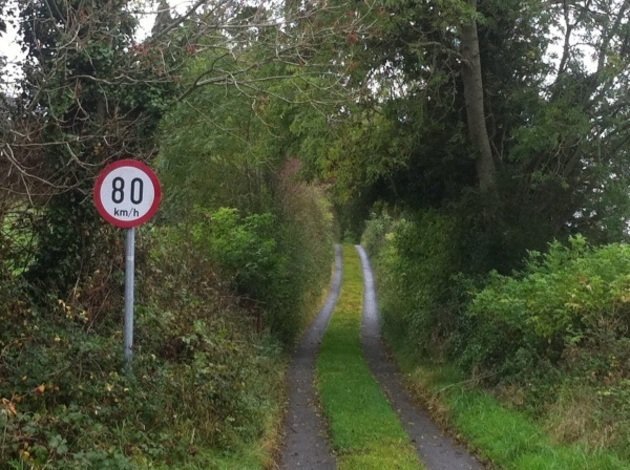 Shane Ross, the highly ineffective Minister for Transport in the Republic of Ireland, must be sensing an upcoming election.  He’s been in the news quite a lot lately. His latest scheme is to impose larger fines on motorists who exceed the speed limits by a greater margin.

In theory, I am all for this idea.  Drivers racking up 150km/h speeds in 30km/h zones should be shot, in my opinion.  And this is not a brand new idea.  It is already in force in other countries for many years.  But, and here’s the important point, it is in force in countries that have sensible speed limits already in situ.

I can think of many examples of ridiculous and contradictory speed limits in Ireland.  The infamous M50 was recently upgraded to proper European standards for safety.  It was widened to allow for, in some cases, 4 lanes either side of the carriageway.  But the speed limit was then DROPPED instead of set to a proper standard.  Therefore, drivers  are permitted to go as fast (or faster) on narrow country lanes as they are on the most modern road in the country.

Minister Ross, maybe it would be a better idea to actually tackle the underlying problem rather than trying to cure its symptoms.  I would begin by creating a proper baseline for all speed limits on all roads.  Only then would I go about enforcing them, and I would correctly enforce them too.  By this I mean I would not place speed vans in the middle of nowhere just to raise revenue …

How’s this for a enlightening thought, Minister?  If we had proper and coherent speed limits in place, driver adherence to them would increase all by itself.