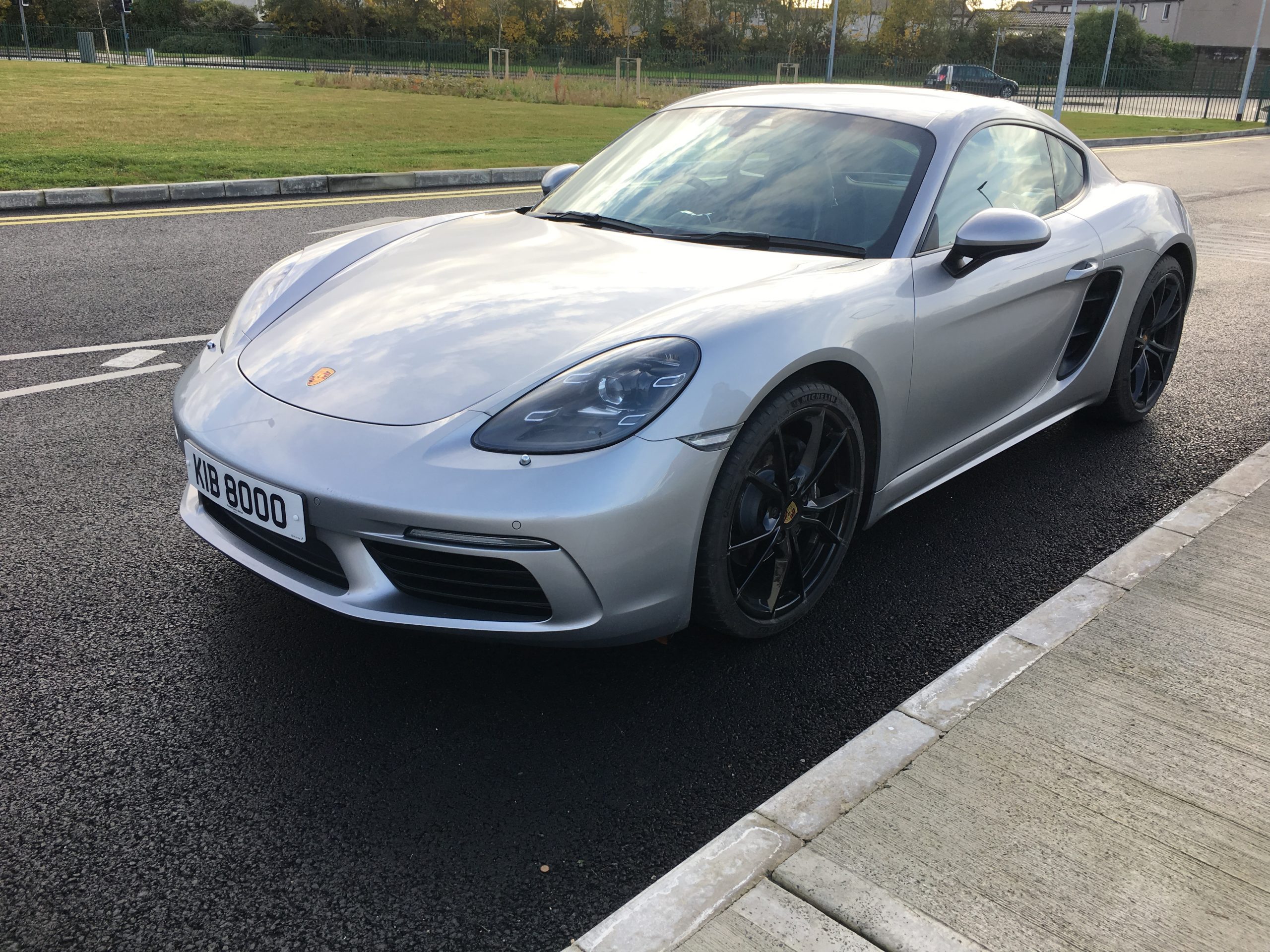 When Porsche first introduced the Cayman, they sold it with engines that slotted perfectly in the middle of the power outputs produced by the Boxster and the grand-daddy of all, the 911.  A real shame, as the chassis balance and overall dynamics of the Cayman suggested that, given the right powerplant, it could really be a great driving machine.

Enter the 718 variant of the Cayman – and this is more like it.  For those that are unaware, the 718 refers back to the 1959 and 1960 Porsche racing cars that won the Targa Florio.  Those racing cars were lighter than the opposition and ran with smaller engines, and basically ran around all the other machinery.  As this new (internally designated 982) variant of the Cayman has lost two cylinders compared to the previous 981 generation, Porsche are trying to remind us that bigger engines doesn’t always mean a better car.  I have to admit, I’m lined up on this side of the fence too.  Engine size is totally irrelevant to power output – look at the huge engines that used to be prevalent in the USA.  If anyone remembers the original A-Team, their van was a GMC Vandura model.  These vans were available with a 4.1 litre inline 6 cylinder engine, producing … wait for it … 116 bhp.  Hmm ….

Anyway, back to this new Cayman.  This generation has gone from being a 6 cylinder engine to a turbocharged flat four engine – lighter as there is less actual engine, but with a turbo to give the driving dynamics that Porsche are known for.  I suspect some people will start quietly weeping into their coffee at the introduction of turbo charging in place of engine size, but I’d like to point out that Porsche are in the business of turbocharging – 911 Turbo anyone?

(Just in case you are still crying into your  beverage of choice, the latest 718 Cayman has replaced the GTS with a GT4 variant.  The GT4 bins the turbochargers and returns to the 4.0 litre flat 6 engine.)

The new engines in this Cayman produce more torque that the last generation of powerplants, with the S version utilising what Porsche calls ” Variable Turbine Geometry (VTG) technology”.  The GTS, propelled by the 2.5 litre turbo powerplant, produces 361 bhp (269kW), rocketing the car to the 60mph barrier in 3.9 seconds.  Not exactly a slouch, and when you couple these figures with an overall improvement in fuel economy, where do I sign up?

Bodywork was slightly revised, with new bumpers and mirrors that evoke the GT3 SportDesign mirrors.  A steering wheel with new driving mode selectors gives us the option to control throttle, chassis and stability control settings as we choose between Normal, Sport, Sport Plus and Individual modes. Finally, a new PCM infotainment system comprises the only other change to this variant, but it really is the change in mindset of Porsche management that make this a better Cayman.  Powered by engines that match the chassis abilities, this is the Porsche to have.  And here’s a controversial thought – in my opinion, the Cayman looks better than the current 911 range.