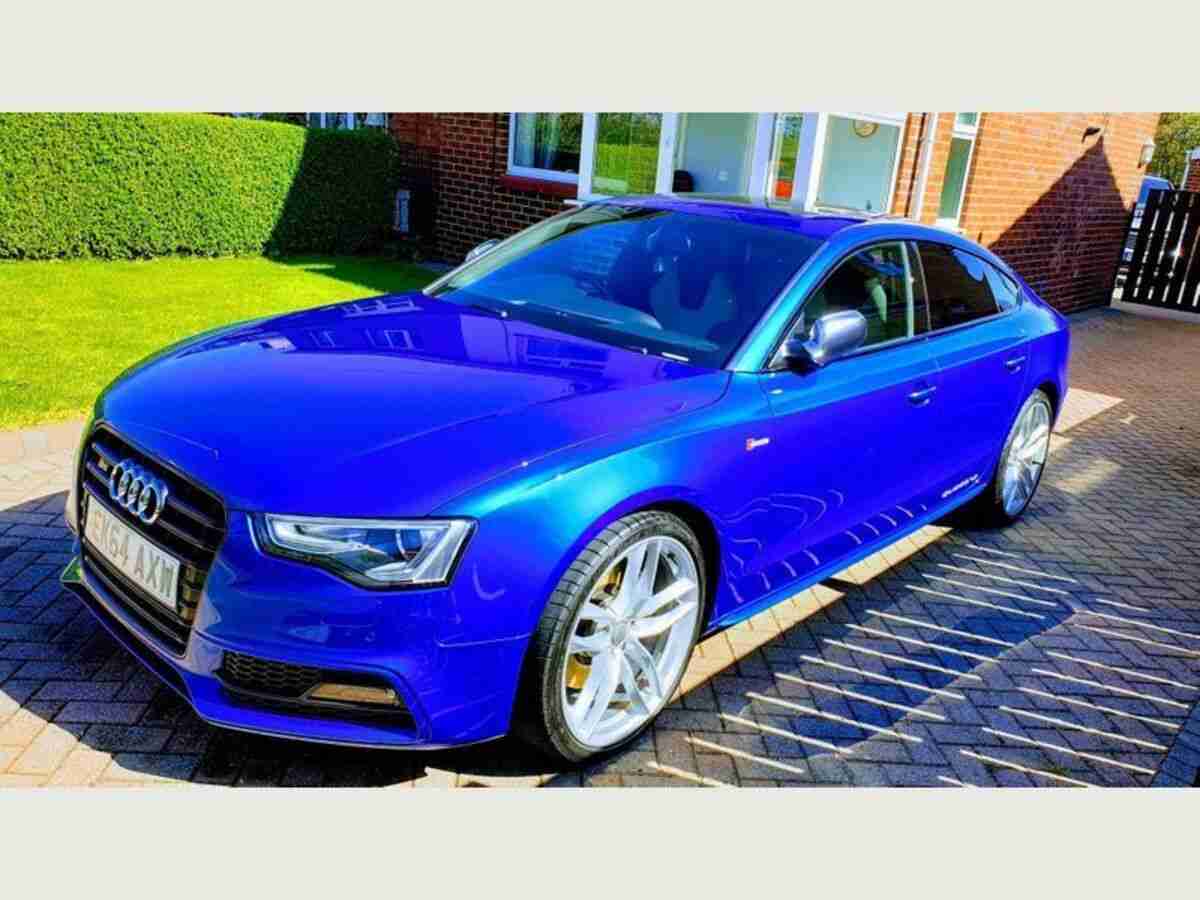 I ran an Audi A5 3.0TDi S line with the Sportback body (Audi speak for 5 door hatchback) for a few years.  This car was great to drive with a well balanced chassis and torque delivered early in the rev band.  I also found the interior comfortable and thought it looked great too.

On the market today I find a 2014 Audi S5 coupé – this is the same generation (B8.5) as the version I owned, although there are some differences!  The S5 has a different chassis to the A5 to cope with the 3.0 V6 Supercharged TFSI engine that produces 329bhp (245kW).  The S5, as with all ‘S’ models from Ingolstadt, has permanent four wheel drive too.

As I’ve said a few times, the Quattro system has differed in the fast Audi’s I’ve owned to date.  I’ve never actually driven an S5 from the B8.5 generation so I don’t know what the understeer trend is in this generation of the Quattro powertrain.  Looking forward to trying it though!

If you would prefer to watch a video about this car, see my YouTube channel here.

Released in a coupé only bodystyle initially, the S5 had a different bodykit and a quad exhaust setup to differentiate itself from the standard A5.  LED running lights highlighted the Xenon lamps while the 19 inch alloys gave it a more aggressive look.

The Sportback variant came to market in 2009, with all the same upgrades as the coupé.

The coupé was powered by a 4.2V8 FSI engine (FSI – Fuel Stratified Injection) that delivered 350bhp (260kW) with the power delivered to the drivetrain via a 6 speed manual or 6 speed tiptronic transmission.

The Sportback and Cabriolet versions made do with a different engine altogether – here Audi offered their 3.0 V6 Supercharged TFSI powerplant delivering 329 bhp (245kw) and supplied with a 7 speed tiptronic transmission only.  While those amongst us might be thinking that this wasn’t good enough, the performance delivery from both setups was almost identical.  So much so that the next generation of the S5 utilised the TFSI setup as did the S4 sold from 2010 onwards.

This version uses the supercharged engine as mentioned above but with the addition of a stop/start system to maximise fuel economy.  Audi facelifted the original model and gave us a much nicer front end and an updated rear featuring new LED lights and a diffuser.

The interior benefitted from an upgrade too – Google earth maps were added to the MMI sat nav while the MMI button layout around the gearshift was updated.  A flat bottomed steering wheel finished off the new look.