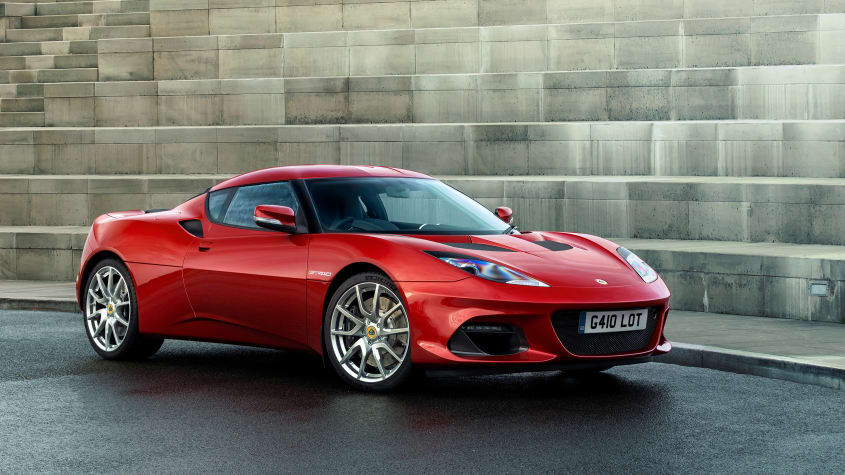 At the Geneva motorshow in 2010 I made a beeline for the Lotus Evora.  I was anxious to see this new Lotus, as I had recently test driven a Lotus Elise and discovered that you had to synchronise your breathing with your passenger – if they were inhaling I had to be exhaling such was the cramped space in the cockpit.

The Evora promised the dynamic Lotus handling combined with more comfort and space than the Elise, and I agree that both of those claims were true.  But it was still a bit spartan in my opinion.

Today I’d like to talk about the Lotus Evora GT410.  This particular model is taking aim at the mighty Porsche 911 Carrera (in 992 guise), so it needs to up its game a wee bit on previous models.  Does it?

The first thing I notice on the Lotus website is the new level of trim – this particular Lotus is configurable with heated Sparco seats, air conditioning, cruise control, sat-nav, Apple car-play, a DAB radio, increased sound insulation, a reversing camera and parking sensors.  This car is as civilized as the 350z I had many years ago, and I really want to take a GT410 for a spin to see just how all these extra gadgets fit in with the Lotus ethos of an engaging driving dynamic .

Lotus also state the installation of a new tailgate with a bigger window to allow for better rear visibility.  This is something I have called out several times – modern car designs are obsessed with smaller rear windows, and I applaud Lotus for moving away from that trend.

Of course, Lotus cars are still race bred, and this version of the Evora is no different.  I am not referring to the GT410 Sport version that is also available – this GT410 utilises a less track-focused suspension setup and employes Michelin Pilot Sport 4S technology to keep traction under control, but will still run rings around most competitors while  employing AP racing brake technology to stop in short order.

And here’s a sign of the times – this car can be ordered with either a six speed manual or a six speed auto transmission.  I admit tiptronic transmissions are becoming my go-to box for my everyday road cars, but I personally would spec a GT410 with the manual shift – that’s more in line with my image of a Lotus sportscar.

On sale now at £82,900 in the UK, this car reportedly came about after the Phil Popham (head bottlewasher at Lotus) took a US-spec Evora for a spin and then decided that the GT410 Sport had to offer a more compliant, less hardcore version in Europe to aid sales.   I applaud this approach in theory, and look forward to test driving one.