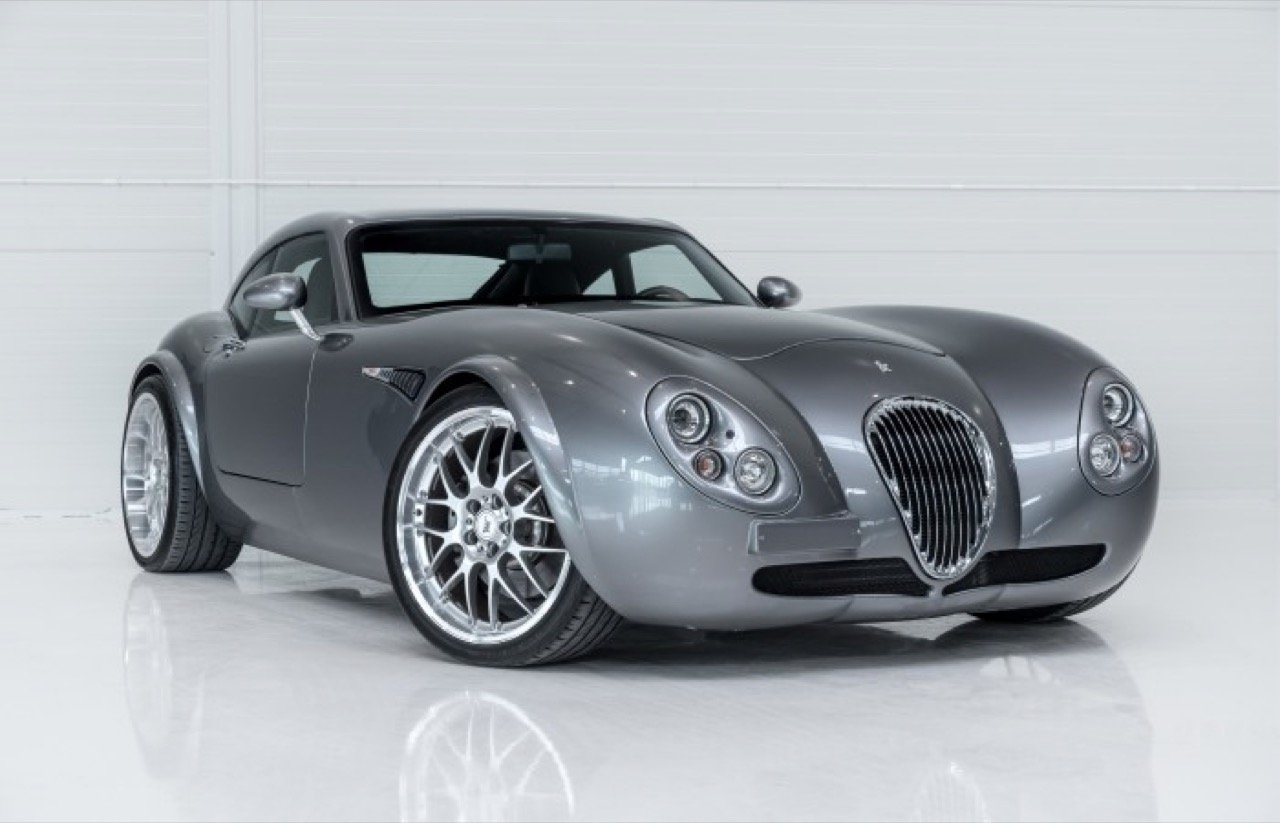 Engineering brothers Martin and Friedhelm Wiesmann founded the Wiesmann car company in 1988 to construct and sell hand built convertibles that could be customised to requirements.  It was a grand idea that ultimately failed in 2014 but was bought out by a new team – hopefully the new range of cars are just as good as the earlier ones.

I first came across these cars at the Geneva Motor Show in 2010 and instantly wanted one – the stance of the car and the feeling of quality throughout has put the Wiesmann MF4 on my list of cars I absolutely have to own.

It took until 1993 for the first car to be sold, a MF30 roadster.  These cars utilised BMW’s M54B30 6 cylinder 3.0 engine and corresponding transmission to produce 230bhp and cover the 60mph sprint in 5.9 seconds.  The cars were given a gecko logo – the marketing blurb stated that the cars stuck to the road like geckos to a wall!

The MF30 was thought to be underpowered so Wiesmann replaced the original BMW engine with the S54 engine from the BMW M3 on sale at that time.  This 3.2 engine punched out 343bhp, dropping the time for the 60mph sprint to 4.9 seconds and running out of oomph at 255km/h.  This car was produced for 18 years with either a 5 speed manual or a 6 speed sequential transmission.  The MF3 was widely praised for its driving characteristics.

In 2009 Wiesmann debuted the MF4 at the Geneva Motor Show.  This model rode on a new aluminium chassis and adopted V8 power from BMW with a naturally aspirated 4.8 litre engine providing 367bhp.  This car was sold in three variants – the standard MF4, the MF4-T which boosted the power to 407bhp through the use of twin turbos, and the MF4-S which developed 420bhp.

The MF4 GT was launched shortly thereafter and had the distinction of being the first coupé designed and built by Weismann.