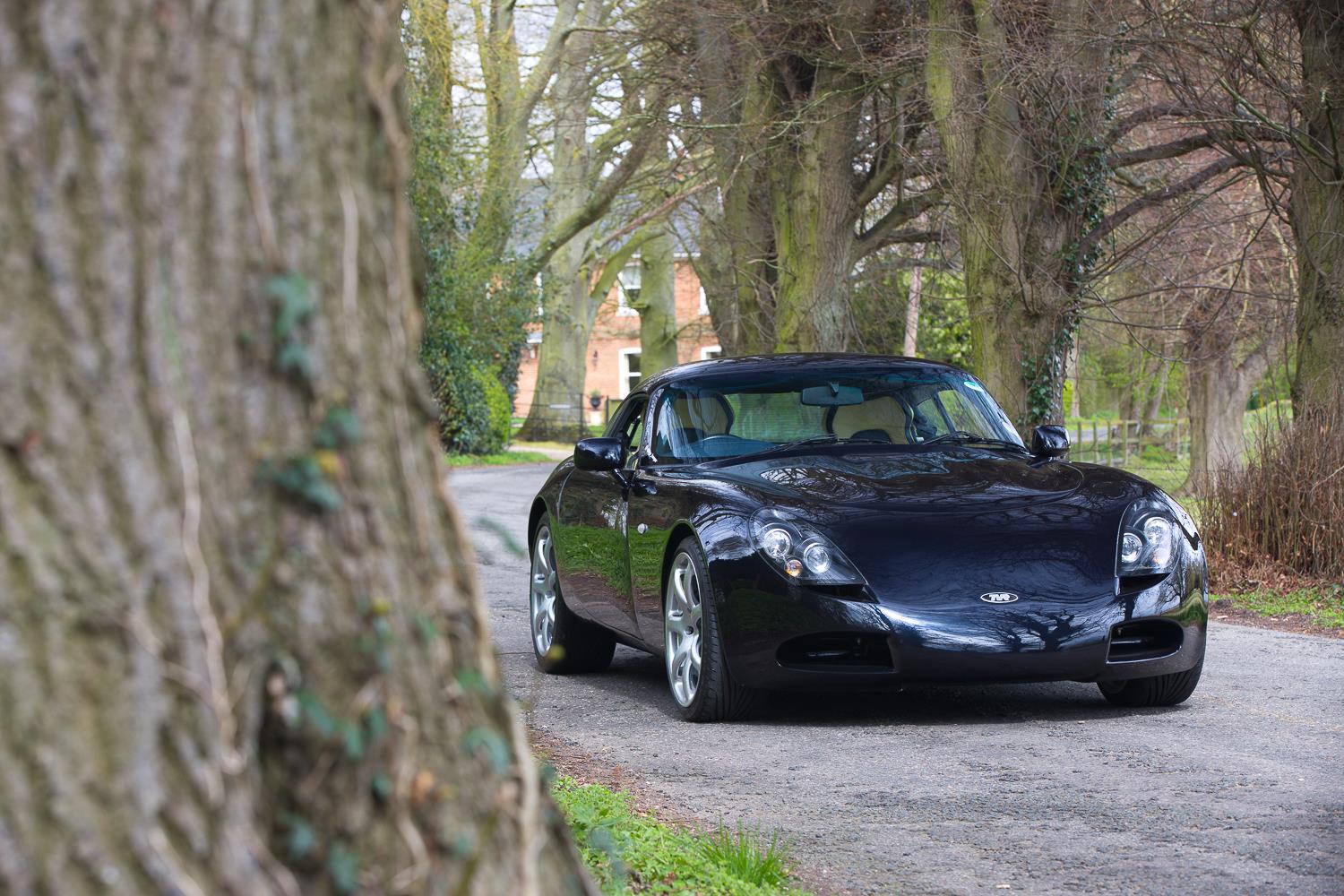 In 2002 and running until 2006, TVR launched the T350 as a replacement to the Tamora.  Utilising a 3.6 litre version of TVR’s Speed Six engine, the car was available in Coupe (T350C) and Targa (T350T).  Not as many targas were sold as the roof panels proved troublesome.

The car’s aerodynamic lines, apart from being attractive, were case of form following function.  The smooth lines on the nose that lead to the suddenly chopped off rear end meant that the car had a very low drag co-efficient while the sloping roof line at the rear meant there was very little high speed lift.   The car also had razor sharp handling, thanks to its lightweight construction and the inclusion of an integral roll cage which helped stiffen the chassis.

As TVR were never a mass production company, the T350 range adopted many of the Tamora’s components.  The interior, multi-function display and instruments were lifted directly into the T350 but if the optional Sport package was ordered, then the car also displayed oil temp, water temp and lap-times in the display.

For those amongst us who think the T350 needed even more power, TVR made a 30-model limited production run called the T350 Red Rose.  This variant had an uprated engine and a big-bore exhaust system producing either 375bhp or 400bhp (customer choice).  Fully adjustable suspension, AP brakes, 18″ wheels and a number of different gearbox configurations were available too – personally, I’ll take the standard T350C.