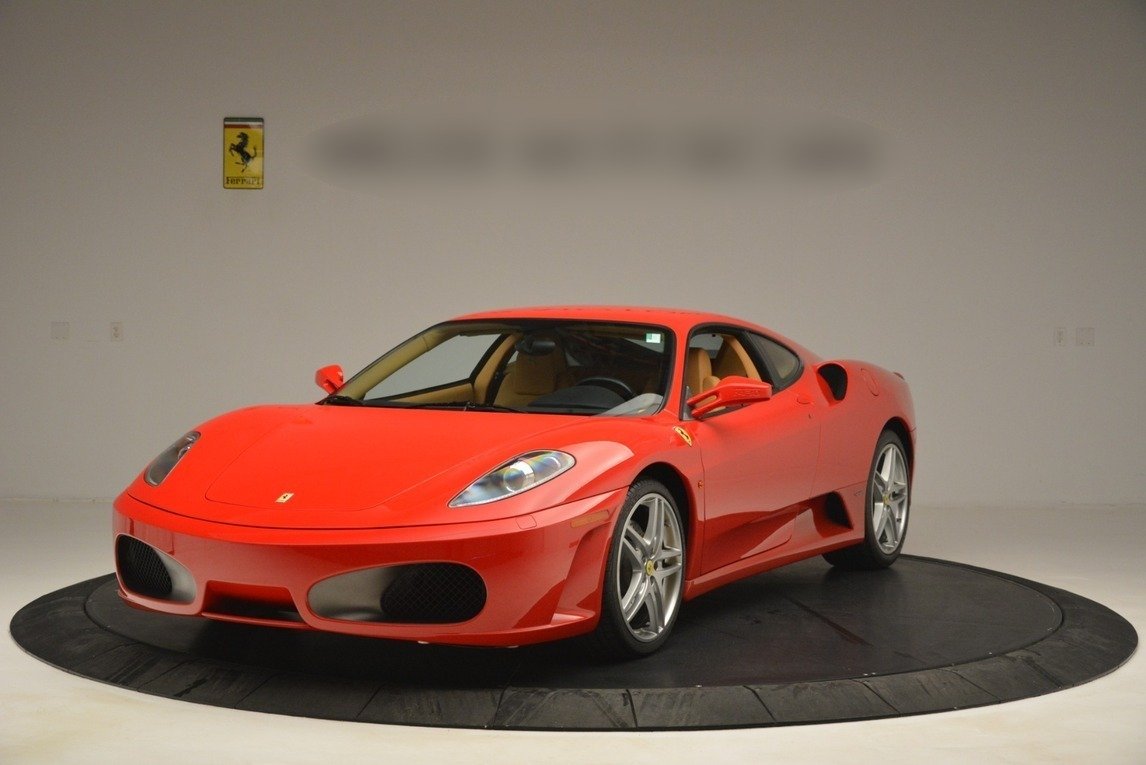 Again, design of Ferrari’s latest model went to Pininfarina.  With the same Alcoa aluminium chassis as the 360 alongside the same doors and roofline, the cd coefficient was the same as the earlier model but with greater downforce.  However, to keep the car’s heritage in mind where it differed from the 360, design components from earlier models were adopted.  The rear lights came from the Ferrari Enzo (which would annoy me if I had bought an Enzo!), the side mirrors mimicked those from the Testarossa while the feature shapes in the front bumper were meant to remind everyone about older Ferrari racing cars.

Yet again a brand new engine was adopted for the new model.  This time, the F136 designated engine only had a four valve per cylinder head unlike the 360 which had five valves per cylinder.  However, this cylinder head along with its intakes and valves were taken from F1 engines – this meant the car developed 483 bhp (360kW) at a mind blowing 8500 rpm, topped out at 196 mph (315km/h) and completed the dash to 60 in 3.6 seconds.

The braking system, developed with Brembo and Bosch was made from a new alloy that incorporated molybdenum for the discs.  This resulted in better heat dissipation where this braking package was equipped, but alternatively the car also came with C/SiC brakes that were claimed to provide optimum performance after 360 laps at Fiorano.  (C/SiC is Ferrari-speak for carbon ceramic brakes, where it stands for Carbon-fibre reinforced Silicon Carbide).

The car also had a limited slip diff controlled by a central computer, called an E-Diff, which could vary the torque allocation depending on grip, angle of steering and lateral acceleration.

This was also the Ferrari that first gained the new steering wheel with the steering wheel mounted knob called a manettino knob.  This control gave the driver 5 settings for the electronic stability control, electronic suspension, E-Diff, throttle response and gearbox behaviour.  Personally I dislike this steering wheel immensely as I feel there is too much going on.

Finally, the car came with bespoke Goodyear Eagle F1 tyres.  These GSD3 tyres are run-flats and have a distinctive V-shaped tread.

Along the lines of the 360 Spider, the F430 Spider model had near-identical performance figures to the hardtop version and offered a two-stage folding hardtop that stored itself in the engine bay.  This version was launched in 2005.

As a spiritual successor to the 360 Challenge Stradale, the F430 Scuderia version was lighter than the standard car by 100kg and developed 503bhp (375kW) thanks to a new intake system, exhaust and a higher compression ratio.  The transmission had new software, Superfast2,  allowing it to shift 60ms faster while the traction control system from the 599 GTB was added to the E-Diff to give stunning grip.  All these changes resulted in the 60mph sprint being covered in 3.1 seconds, an altogether stunning time.  Top speed maxed out at 320kmh (199mph).

Fittingly, this car was unveiled at Frankfurt’s 2007 Motor Show by Michael Schumacher.  In 2008 Ferrari launched a convertible version of this car, called the Scuderia Spider 16M, limited to 499 models.  This variant was built to celebrate Ferrari’s 16th F1 Constructor’s World Championship win in 2008.