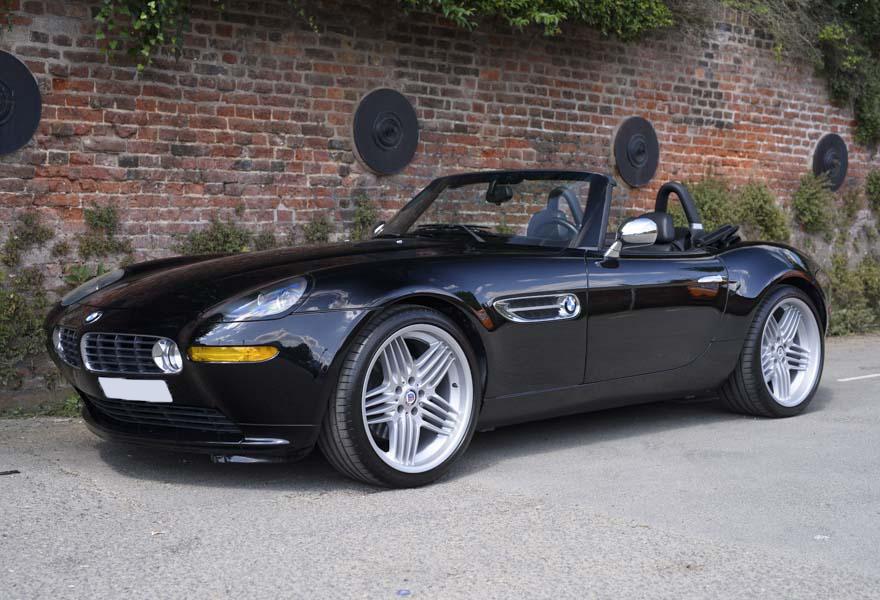 The BMW Z8 was officially launched to the public in 1999 with a design that was almost identical to the concept that had been previewed at the 1997 Tokyo Motor Show.  With only 5,703 models sold from 2000 to 2003, the Henrik Fisker designed car never really sold in the quantities expected by BMW.

The Z8 had been designed as a stying exercise to bring the design of the iconic 507 into the modern era, but with modern powerplants to provide a dynamic drive.  The retro looks of the 507 were coupled with the powerplant from the BMW M5 while the aluminium bodywork covered a separate space frame chassis design.  With the engine mounted behind the front axle, the car had a perfect 50:50 weight distribution. All these ideas should have proved a great selling point, but the fact that it was left hand drive only and cost nearly £90,000 (sterling) / $128,000 (US dollars) set a very high entry bar to ownership.

The car had the performance to out run, out handle and out brake a Ferrari 360 Modena when test driven by contemporary car magazines at the time.  The Z8 also had some technical advances aboard such as neon exterior lights (faster activation and never need a new bulb) and came with a hardtop included in the price that enhanced the style of the car when fitted.

BMW also decided to keep the interior simple – to achieve this, many functions were performed from a single button and the driver’s gauges were mounted centrally instead of behind the steering wheel.  And as an attempt to boost the collectibility of this car in line with the 507 on which it was based, BMW set up a facility to ensure a 50 year parts bin would be maintained for owners.