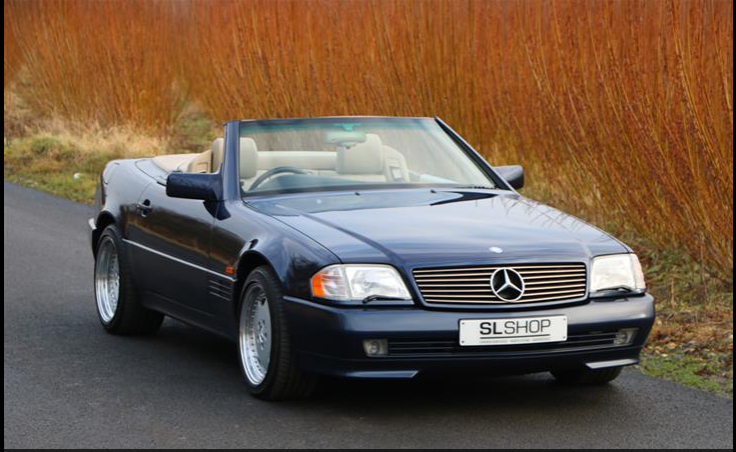 We’re all familiar these days with AMG as a tuning arm of Mercedes – basically they are to Mercedes what Abarth are to FIAT.  Headquartered in Affalterbach in Germany, AMG was originally an engineering firm in its own right that initially specialised in improving Mercs.  They got so good at this that in 1999 Mercedes, through the parent company Daimler, took a controlling interest and in 2015 bought the company outright.

The first AMG model to be produced after AMG swung under Daimler control was the model we are talking about here, the Mercedes SL60.  Launched in 1993 and marketed until 1998, this model was given a different brief from the idea today that the AMG model should be the best of the range.  In 1993, Mercedes still wanted their badge to be on the best model in each range, so the brief to AMG somewhat hogtied what they could do.

The SL60 was to be based on the V12 SL600 that Mercedes offered at that time, which produced 390bhp.  AMG were therefore told that their model must have less power, but AMG didn’t exactly see it that way.  As a result, while the official power output figures for the SL60 were 381bhp, in reality AMG produced offerings with around 410bhp and sub 5 second times to cover the 60mph sprint.

(Click here for a video review of the SL280 version of this generation of the SL class and see how much I enjoyed driving it).