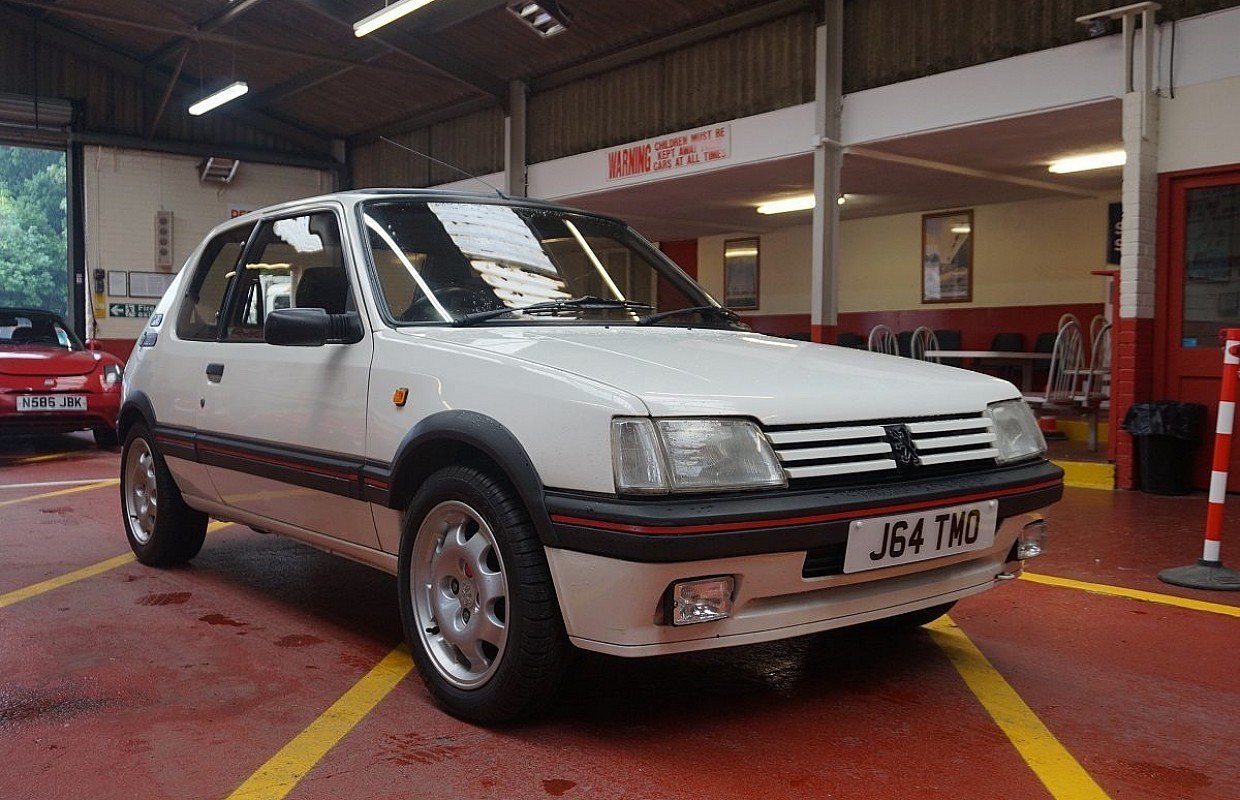 The 205 was launched by Peugeot in 1983 and nearly won the European Car of the Year award in it’s first year.  The secret of it’s success was its adoption of brand new, modern technology as opposed to raiding the parts bin a la British Leyland.

The 205 had MacPherson struts at the front and a torsion bar setup at the rear, resulting in class leading handling.  With a large boot and cheap running costs, over 5.3 million 205s were sold by Peugeot from 1983 to 1998.  As we all know, Peugeot capitalised on the 205 platform with the initial introduction of the 1.6 GTi and later with what many consider to be the best hot hatch of all time, the 1.9 GTi.

The styling of the 205 was such a hit that it was never facelifted during its 15 years of production.  1988 saw a new dashboard layout and 1990 saw the introduction of a new door design, clear front indicators, smoked rear light lenses, single point fuel injection and catalytic converters, but these were minor updates mainly aimed at combating the arrival of the all new Renault Clio.

The 1.6 GTi was introduced in 1984, using the Peugeot XU5J engine punching out 104 bhp.  This free revving engine was quickly a firm favourite with the public and when coupled with the great handling and balance of the chassis, this car sold well for Peugeot.  The car came with disc brakes on the front (drums on the rear), cloth seats and 14″ Speedline SL201 alloys.

1986 saw the launch of the variant I always wanted, the GTi 1.9.  This version had Peugeot’s XU9JA engine developing 126bhp (or 120bhp if the catalytic converter was fitted).  To deal with the extra power, disc brakes were fitted all around along with 15″ Speedline SL299 alloys.  The other main difference between the larger engined version and the 1.6 GTi were half-leather seats.