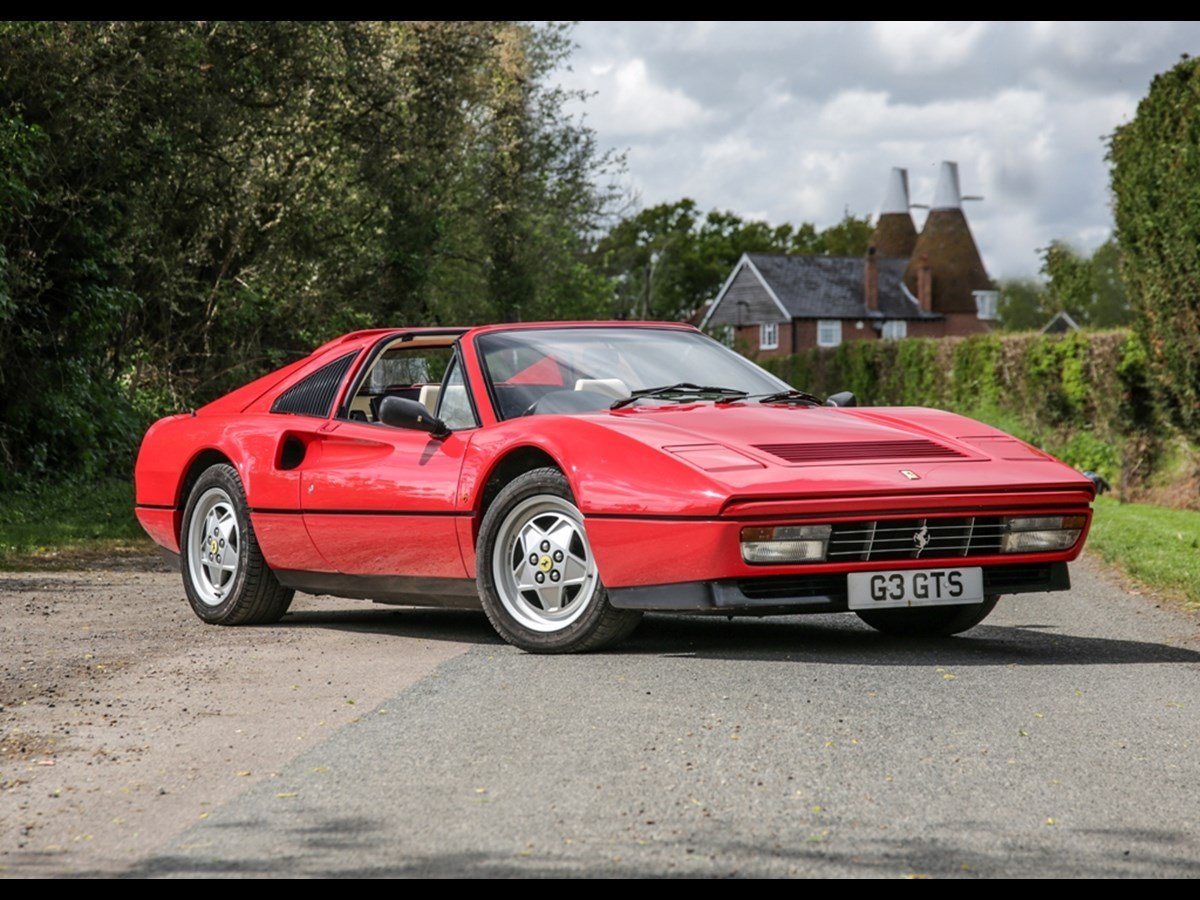 The Ferrari 328 (internally known as the F106) was the final evolution of the normally aspirated V8 powered 2 seat series from Ferrari and was announced in 1985 at Frankfurt alongside the Mondial 3.2.  In typical Ferrari fashion, the 328 referred to the engine size (3.2) and number of cylinders (8).

With the exception of the powerplant, the 328 was mechanically identical to the 308 range when launched.  As for the appearance, Ferrari stated the 328 had undergone a softening of the wedge profile and slight revisions in the rear area, allowing the bodywork to incorporate the new body coloured bumpers into the valance panels.  The front grille, headlamp assemblies and front lid exhaust louvre were then lifted from the Mondial while the 308 exhaust louvres behind the retractable headlights were removed.  New door handles were adopted, and finally a rear aerofoil was added to cars destined for the Japanese marketplace.

Seat patterns and door panels were replaced with new versions while all the older 308 switchgear was replaced with more modern designs.  The iconic orange on black dials were adopted from the 1984 Ferrari GTO, with a new Momo steering wheel completing the list.

On a personal note, if I’m buying a Ferrari, I would expect the optional extras to be included as standard, but Ferrari have always managed to extract huge money for extras (I’m specifically thinking about Ferrari car mats for the latest models.  Look it up, the prices are hilarious!).  The 328 had an options list too – air conditioning, leather dash and headlining on the removable roof panel for the GTS and Pirelli P7 tyres.

The displacement was increased to 3186cc, with power jumping to 270 bhp and torque increasing to 304 nM.  This model is considered far more reliable than the older 308 version – it is also easier to work on as maintenance can be carried out without dropping the mid-mounted engine.

ABS was added during 1988, which necessitated a redesign of the suspension geometry.  The wheel design was altered too, in that the flat 5 spoke star shaped wheels were swapped for convex versions.