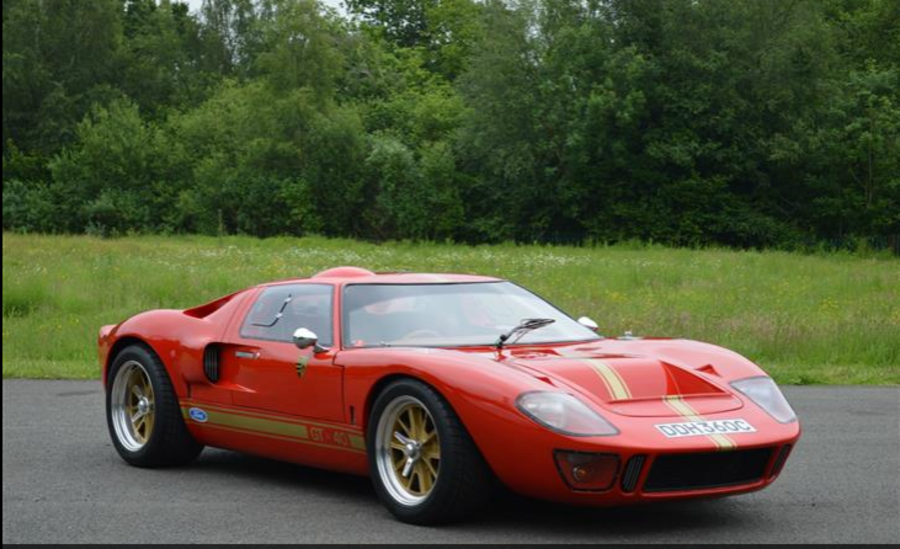 GTD are a small firm in Poole who first started out as agents for KVA GT40 Replicas.  Not long after getting started in the business, though, they started to upgrade components on the KVA model and before long, their very own GTD40 was born.

In 1980, Ray Christopher had started his drawings around the new GTD40.  The primary aim was to keep the car as close as possible to the original GT40, albeit with technological upgrades available in the 1980s to ensure the car drove to a more modern standard.  The steel monocoque chassis of the original GT40 was ditched in favour of a spaceframe.  The suspension, while having the same geometry as the original, does not have the same level of anti-dive because the GTD40 is primarily a road car, while the GT40 was an outright racing machine.

What about the engine?  GTD40s were usually shipped with a stock 5 litre Ford V8 engine producing 250bhp.  Usually these V8 Holley-carb’ed engines were dropped straight in on arrival due to their drivability around town and on the motorway.  The transmission was sourced from Renault Alpine.

This particular GTD40 I found is far from standard though.  The owner decided a few upgrades wouldn’t hurt, so the following alterations were added:

Fitted with an otherwise standard Ford V8 engine and manifold, this particular car is capable of completing the 60mph dash in 5 seconds … works for me!