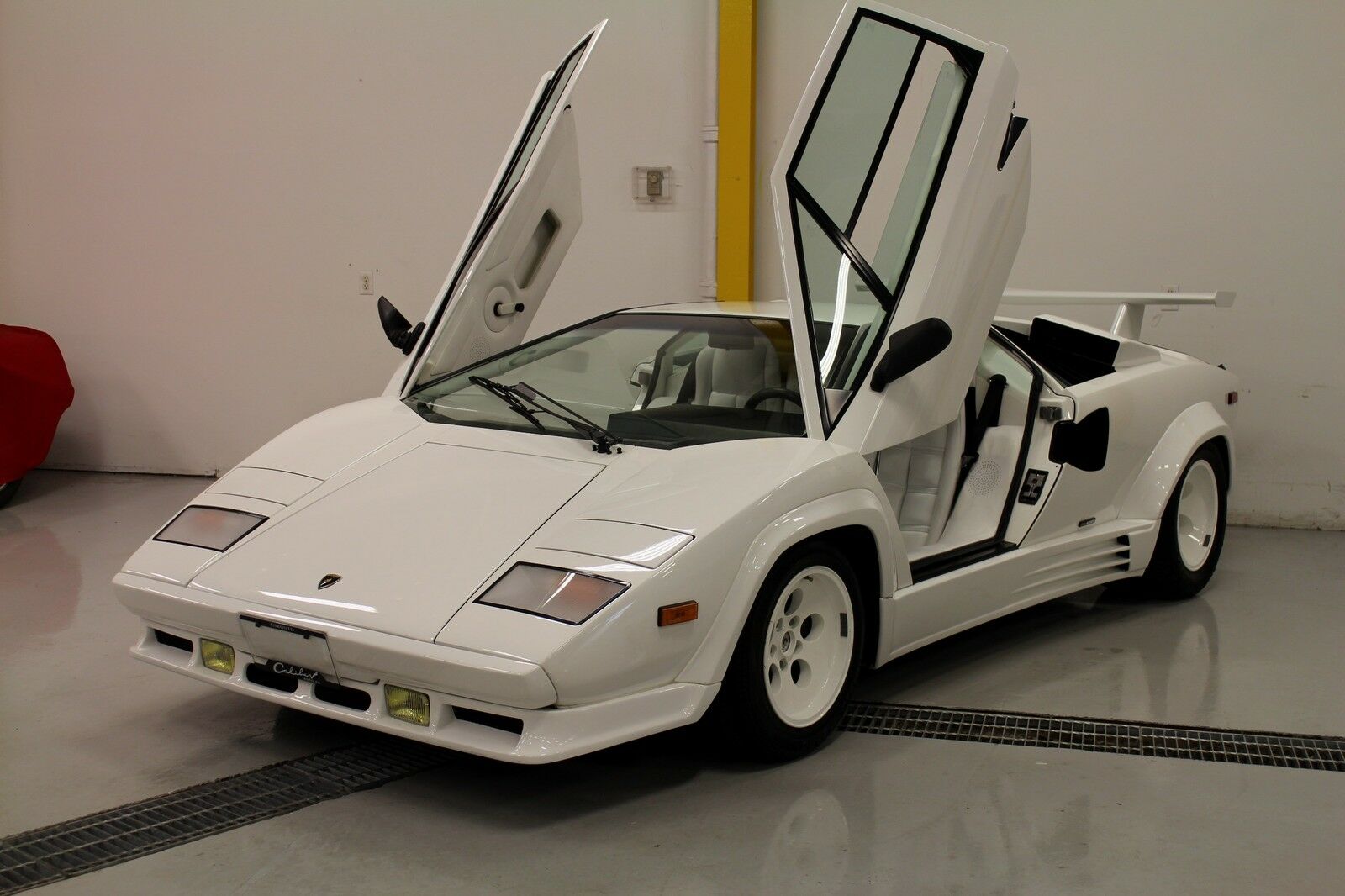 Like every other teenage petrolhead when I was growing up, the Lamborghini Countach had center place on my bedroom wall poster collection.  The futuristic shape coupled with the scissor doors really sparked my imagination.

The LP500 was shown at the 1971 Geneva Motor show.  At this time, the Countach was planned as a limited run supercar to showcase what Lamborghini could do with technology, so had been designed for a 5.0 litre engine housed in a labour intensive chassis construction that gained strength from a steel body.  When the reaction far exceeded the expected demand, steps had to be taken to ensure production costs did not make the car unprofitable.

Dallara replaced the monocoque chassis from the show car with a tubular space-frame chassis, but unusually they incorporated a gearbox for a front-engined design and mounted it in reverse, resulting in a short and direct gear linkage.  Power was routed to the rear wheels using drop-down gears connected to a shaft that ran through the sump and therefore underneath the engine.  The differential was positioned at the other end of the engine to the transmission and this unusual layout sidestepped two usual design problems – the excessive length of power units where the gearbox is located between the engine and the diff was not an issue, nor was balance compromised as it is when the gearbox is placed aft of the differential on a short chassis.

The original plan had been to power this car with a new 5.0 litre engine, but there were significant problems during testing with cooling issues.  When an engine finally blew up on the test bed, it was decided to install the reliable 4.0 litre V12 powerplant tuned to 375bhp.

Bertone’s Gandini was tasked with the design following on from his success with Miura.  The resultant body was 5 inches wider than the Miura but was a far more futuristic approach – at the very least the scissor doors, rear wing and scoops on the air intakes immediately draw the eye.  The air intake scoops were an addition once production commenced, though, as the rear mounted radiators could not get enough air from the flat slats present on the prototype.

Although initially displayed in Geneva in 1971, it was late in 1973 before the Countach was available for purchasing by the general public.  The initial model, the LP400, could hit 175mph with the 60mph dash taking a blistering 5.6 seconds.  With disc brakes all around and an out of this world design, it certainly gained the attention of the public.

The LP400S came along in 1978 and brought revised suspension and glassfibre “eyebrows” over the wheelarches to accommodate the final arrival of Pirelli’s wider P7 tyres.  These tyres had been tested with the prototype and were supposed to be on the original car, but production issues meant Michelin’s were adopted from the start.

1982 saw the arrival of yet another upgrade in the form of the LP500S.  This model heralded the arrival of a larger 4.75 litre engine that had the same power output but delivered it at 7000 rpm instead of 8000 rpm.

1988 saw the final evolution of the Countach launched.  The Anniversary edition underwent a substantial bodywork update with the wing removed and the air intakes incorporated into the bodywork.  The interior gained such refinements as air conditioning and electric windows.  650 Anniversary editions were sold.