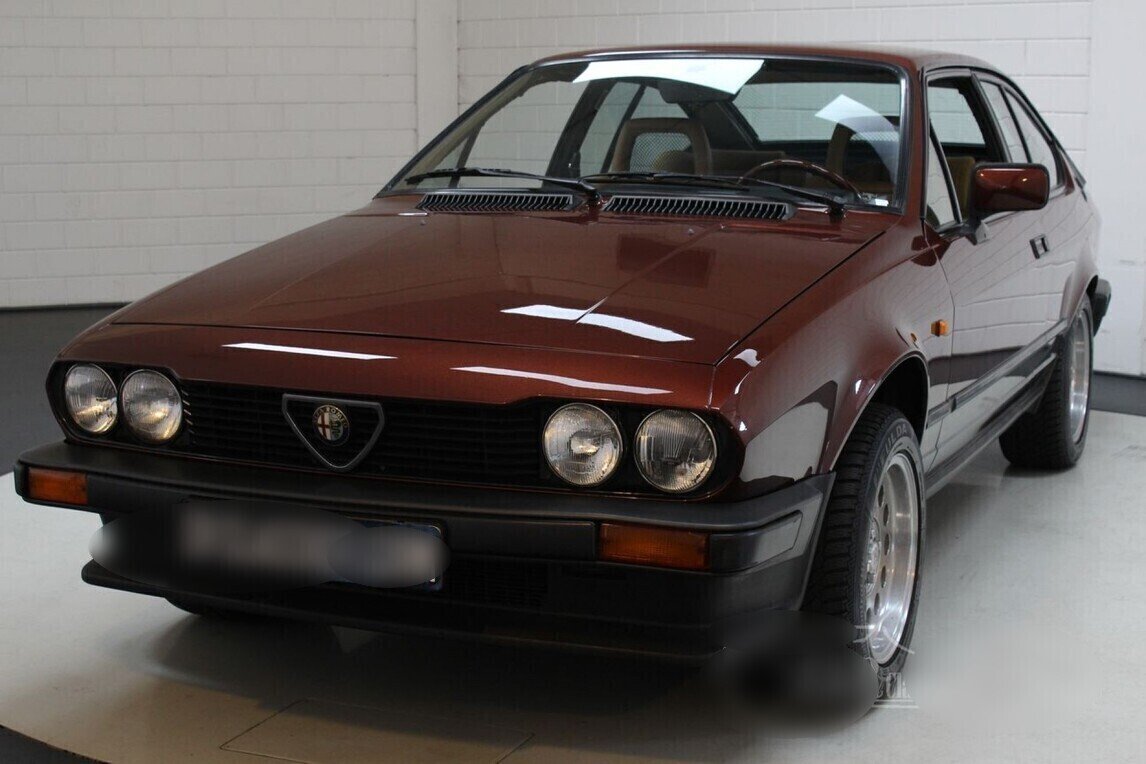 Over 400,000 Tipo 116 coupés and saloons were sold between 1972 and 1987.  Better known as the Alfa Romeo Alfetta, this car was the first time this manufacturer adopted a drivetrain layout where the clutch and transmission were located at the rear of the car (for weight distribution and balance reasons).  This rear transaxle layout, double wishbone torsion bar suspension at the front and DeDion tube rear suspension resulted in a low center of gravity and lower inertia, which delivered superior handling.

The suspension designs warrant further description – on the front, unusually,  Alfa Romeo had adopted independent longitudinal torsion bars mounted with separate dampers that directly acted on the lower wishbones.  As for the rear suspension, the use of inboard brakes allowed for the ideal positioning of the DeDion components.

To emphasise the sporty characteristics of this car, the coupé placed the rev counter in the middle of the dashboard, all by itself and directly in front of the driver.  (Racing drivers don’t need speedometers in their cars, instead relying on rev counters for optimal gearchange.)

1980 brought a facelift that included new taillights (one-piece), grey plastic bumpers, stainless steel side skirts and vents in the C-pillar, and a matte-black triangular grille.  The 1.6 engine was put out to pasture with the 2.0 offering remaining and gaining a new name – the GTV 2.0.  15″ wheels finished the update.

The GTV6 was also released at the same time as the facelift – this version came with a 2.5 litre V6 SOHC fuel injected engine.  The bonnet adopted a bulge to cater for the new intake.  This model was well received as it proved to be easier to start and needed less tinkering to stay in a healthy state of tune.  Thanks to its fuel injection system, it also met emissions standards in different markets (e.g. Switzerland) and was a welcome improvement to the range.

Alfa Romeo, never one to miss a marketing trick, launched the GTV6 Grand Prix in 1985 with a Rayton Fissore body kit as standard.