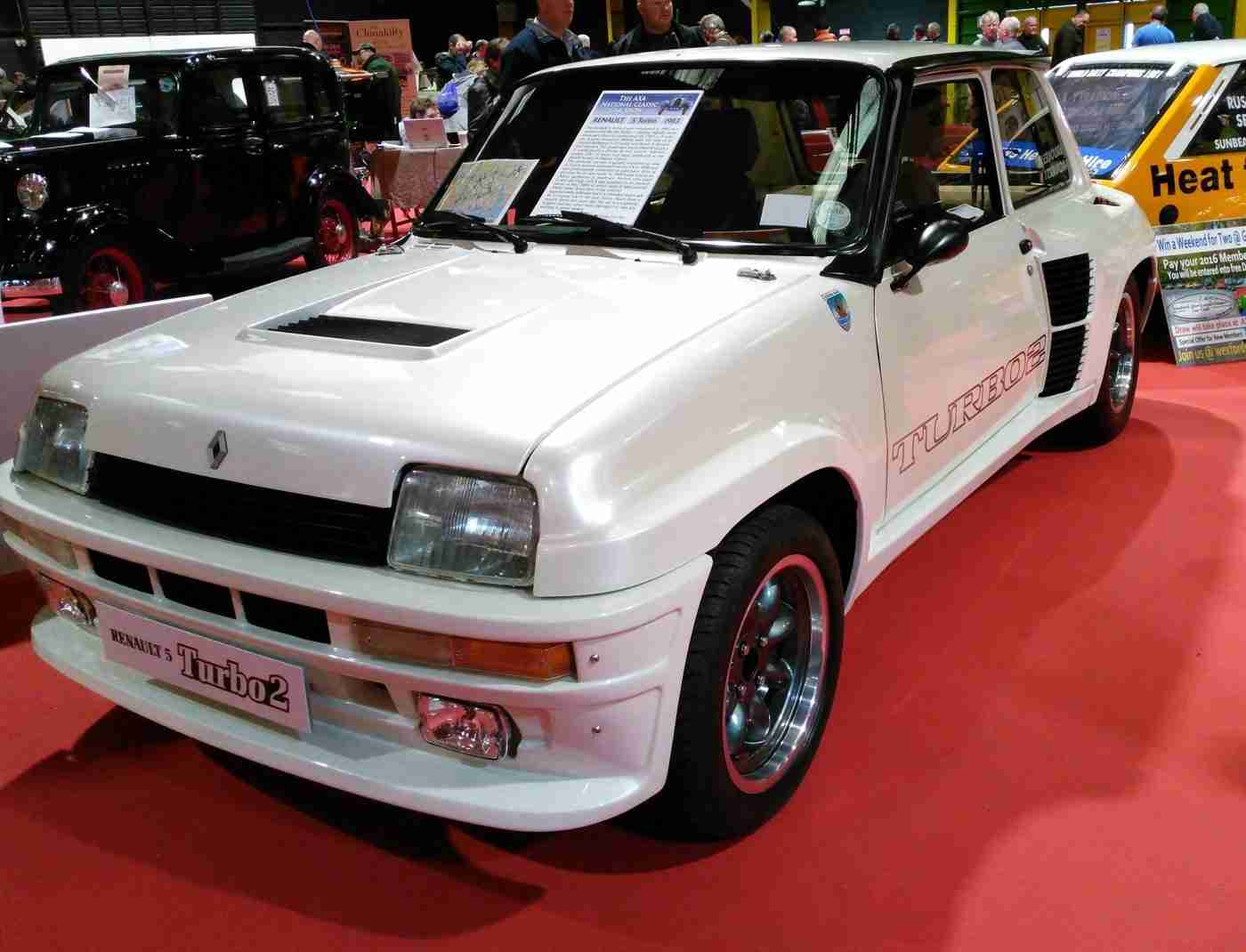 As with every other manufacturer in the 1970s, Renault had arrived at the conclusion that victories in motorsport raised brand awareness and translated into higher sales.  But what they couldn’t sell to the public were F1 cars, which was where the motorsport success was being achieved.  To address this issue, in 1978 they announced the Renault 5 Turbo at the Paris Motor show – however, this didn’t actually go into production until 1980 due to some manufacturing worries that needed to be ironed out.

The location of the engine caused the first issue for Renault – the current body design of the 5 hatchback would not allow for this positioning so a bespoke body that tried to mimic the current R5 shape was designed by Bertone.  Based on the Renault 5 Alpine, 1,820 examples of this version were built.

The mid-mounted 1.4 litre inline 4 engine benefitted from a Garrett T3 turbo fed with a Bosch K-Jetronic fuel injection system to produce 160bhp (118kW) with 221 nM (163 lb-ft) of torque making its presence felt at 3,250rpm.  This powerplant drove the rear wheels (while the standard R5 had front wheel drive).  Stopping power was incredible too thanks to all round ventilated disc brakes.

Built in Dieppe (same factory where the Alpine was built), the Renault 5 Turbo was, at the time, the most powerful road car produced in France.  It was also compliant with Group 4 rallying regulations – well, the first batch of 400 off the production line were as that was the requirement!

And it worked to an extent – Renault achieved three Monte Carlo victories with the R5 Turbo over its rallying career, in 1981, 1982 and 1985.

The remaining 3,167 R5 Turbos built from 1983 were badged Turbo 2.  This version differed from the original R5 Turbo as follows:

Both of these approaches resulted in the Turbo 2 being cheaper to buy while still offering the same levels of performance.