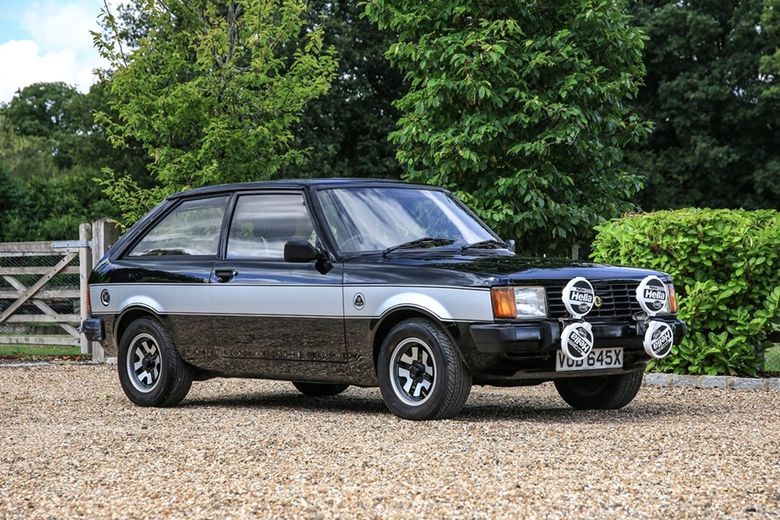 Project R424 began in January 1976 and ran with a shortened development period, resulting in the launch of the Chrysler Sunbeam in 1977.  With time and money against the project, Chrylser targeted the Avenger rear wheel drive chassis to provide the underpinnings for the new Sunbeam.

Using a platform already in production meant that the parts bin had a lot to offer, hence production could hit the ground running.  Some distinctive features of the car came about by accident though – the recessed headlamps were created because only the smaller units from the Avenger were available instead of the planned units from the new Horizon, while the Horizon also had a part to play in the three door body for the Sunbeam.  Because the Avenger platform was only marginally smaller than the Horizon, Chrysler did not want to confuse potential customers with two five door offerings of similar size, so the decision was taken to sell the Sunbeam with three doors only.

Chrysler realised they now had a platform that could be developed to compete in Group 4 rallying, so commissioned Lotus engineering to produce a rally car based on the Sunbeam.  To ensure that the car would be competitive in rallying, Lotus engineering utilised their own 16 valve four cylinder type 907 engine bored out to 2.2 litres, updated the suspension and popped in a five speed ZF gearbox.

Offered originally only in a black and silver colour scheme, the Talbot Sunbeam Lotus looked ready for rallying with Marchal spotlights mounted over the front bumper and distinctive cast double four spoke alloys.  To make sure it drove as good as it looked, the Lotus engine featured two twin choke Dell’Orto carbs giving 150bhp and also sported stiffer than standard suspension, a larger transmission tunnel and larger anti-roll bars.

Rallying success was instant – the Sunbeam Lotus won the 1980 Lombard RAC Rally in the UK and took the World Championship in 1981.  The road going version proved to be more than capable as a hot hatch, being both quick and balanced.  2,298 of the fast road going Sunbeams were ultimately sold.