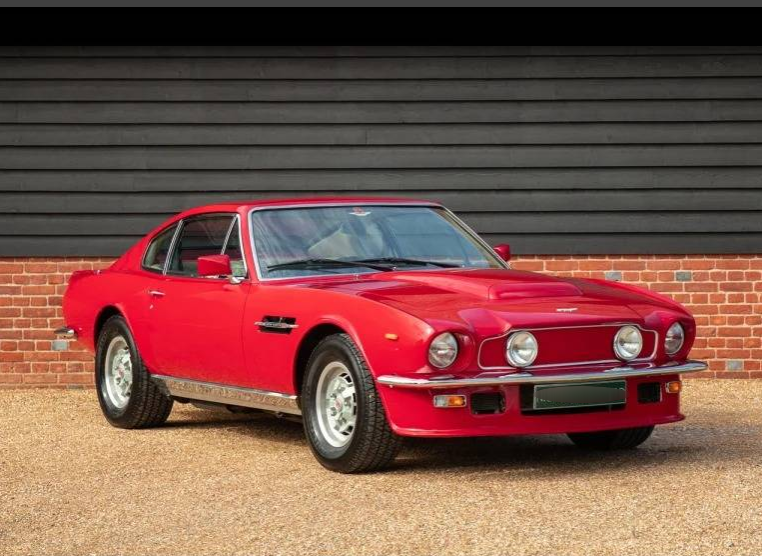 Claimed to be the world’s fastest four seater production car, the V8 Vantage built upon Aston Martin’s reputation as the car everyone aspired to.  If the 1960s tie-up put Aston Martin on the map, the 1970s Vantage ensured you could travel that map quickly!

David Brown wanted to sell a genuine four seater with performance credentials to match the DB5 made so famous by James Bond, so in 1963 work began on a new all-aluminium V8 engine to be housed inside a widened DB6 chassis with a DeDion axle installed in the rear suspension.  Ready for launch in 1969, the V8 used Bosch fuel injection to produce 315bhp and a top speed of 160mph.  The fuel injection system was dumped in favour of a return to carburetors in 1973 as Aston Martin could never make it work properly.

Having been run at a loss by David Brown for many years, 1971 saw Aston Martin taken over by Company Developments.  Their first job was to rename the car as the Aston Martin V8 (instead of DBS), but their ownership was short lived.  In 1974 the company went into receivership and all production ceased (although the service department kept running).

July 1975 saw the company bought by Peter Sprague and George Minden.  Joined by fellow enthusiast Alan Curtis later on that year, all 3 were responsible for getting the V8 back into production.

1977 saw the Vantage and Volante models launched.  With both cars producing 360bhp, the Volante had to be revised due to some scuttle shake issues after the roof had been removed, while the Vantage underwent such aerodynamic improvements as a filled in grille incorporating driving lights to force the air through the front spoiler and the addition of a rear spoiler integrated into the bodywork.