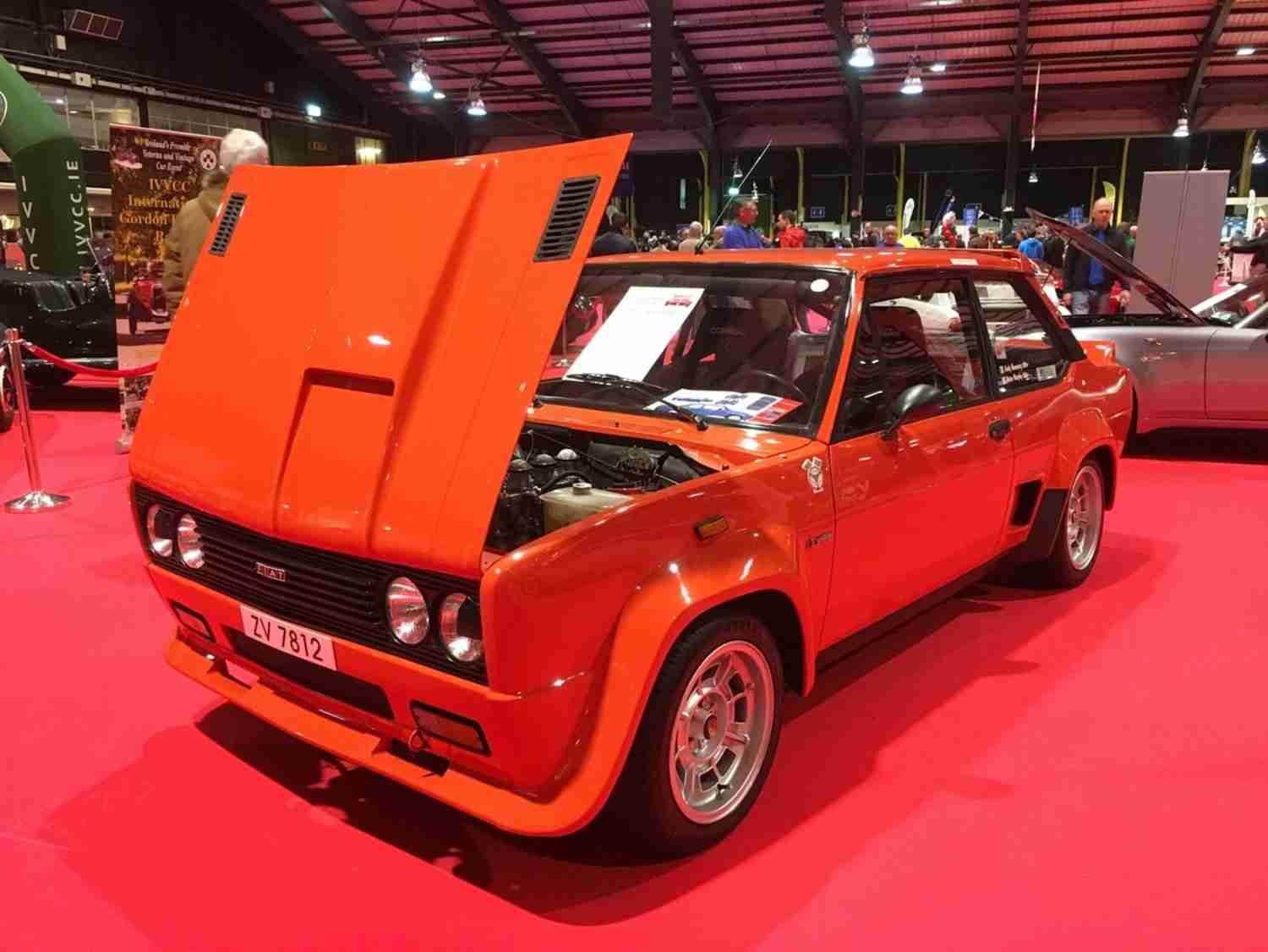 In 1976, FIAT decided that the time had come to replace the 124 Abarth Group 4 Rally car with a more competitive offering, so the new 131 was designated as the basis for progression.  As per other manufacturers, FIAT subscribed to the Win-on-Sunday Sell-on-Monday thinking and picked the 131 as a car that could be modified to win rallies but also have the winning rally car look similar to those sold to the public.

Bertone styled a two door version that strongly resembled the road going version but was quite different in reality.  The bodywork comprised an aluminium and fibreglass construction with bonnets and mudguards made from plastic resin.  The wheelarches were widened considerably and spoilers sprouted out of the bodywork for downforce while huge air intakes appeared on the bonnet and the flanks.

The powerplant was completely different to that of the standard family car too – in place of the tame engines, Abarth shoehorned in a 2.0 litre inline four which in rallying form spat out 225 (and later 245) bhp.  Deemed a bit too much for the roadgoing petrolhead, the versions offered for sale to the public – again, the magic 400 figure for homologation reasons – produced “only” 140bhp.  The difference was mainly due to the mechanical Kugelfischer fuel injection system being replaced with a Weber double-barrel 34 ADF carb – other items removed from the racing version were the self locking ZF diff and the loss of the dry sump lubrication approach.  Both versions shared the same five speed manual transmission thanks to a clause in the rallying rules requiring the same approach on racing and roadgoing versions along with identical independent rear suspension.

The 131 Abarth Rallye was hugely successful during its competition career, winning the World Championship outright in 1977, 1978 and 1980.  Added to that we have the 1978 FIA Drivers Cup (Markku Alen), the 1980 World Rally Drivers Championship (Walter Rohrl), the 1980 European Championship and the 1982 Italian Championship.

I’d love one of these in my collection today – I grew up seeing these in rallies and had more than one model 131 Abarth.  Maybe some day …