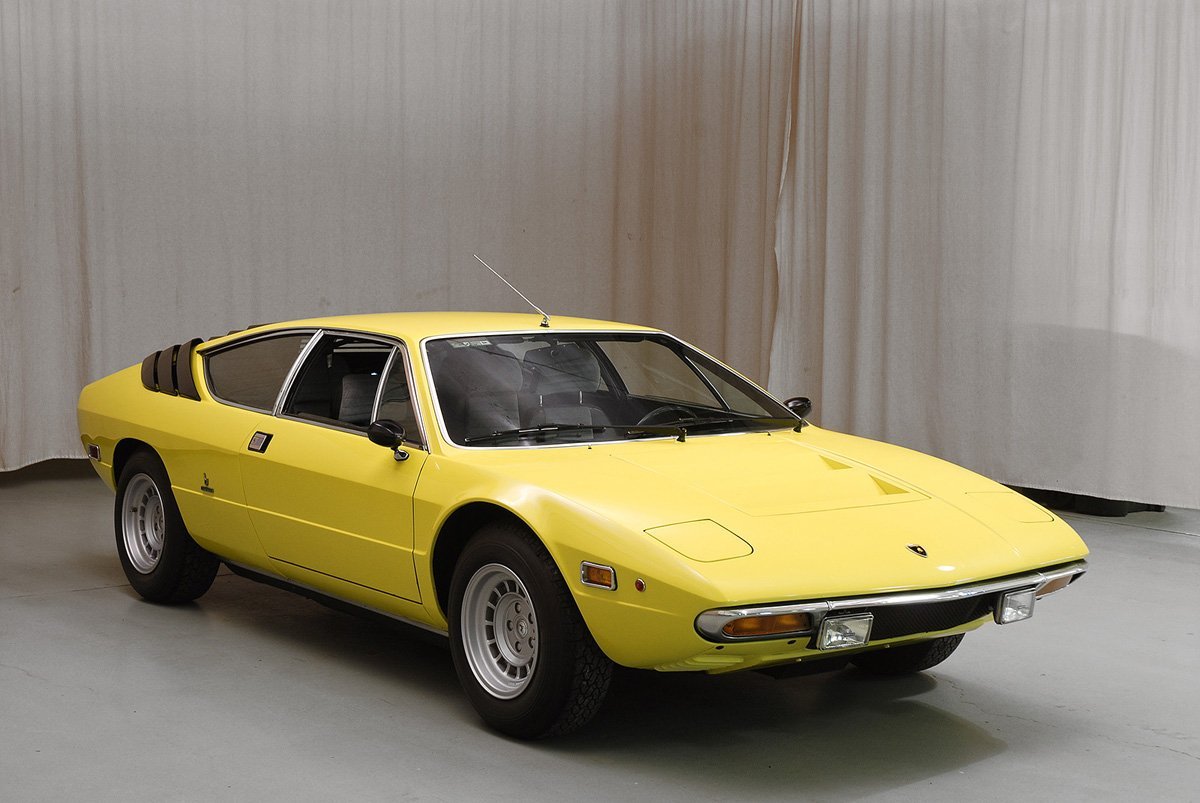 From 1972 to 1979, Lamborghini marketed a competitor to the Ferrari Dino and the offerings from Porsche.  The Urraco, created as a 2+2 by Bertone, was intended to break into the high volume, lower priced market that both these manufacturers occupied to much success.  Unfortunately for Lamborghini, because the car took so long to design develop, it ended up being launched during a fuel crisis and bankrupted the company.

Unveiled at the 1970 Turin Motor show, the car was launched in 1972 with a V8 2.5 litre engine producing 220bhp instead of the straight six engine that had been previously presented in the Marzal show car.  The body was manufactured from sheet steel by Bertone’s Gandini, who came up with a design considered to be a cross between the 1968 Carabo show car presented by Bertone and the X1/9 from FIAT.  Front and rear suspension utilised a simple McPherson strut setup.

With top speed quoted as 149mph, the car attracted a lot of interest at the Turin show with several orders placed, but that’s where the trouble started.  An automated production line was to be used to manufacture the car, but this proved so expensive that the company ran out of money.  Ferruccio was forced to sell his controlling share so that the company did not sink and Urraco production was then undertaken on traditional lines.

The P200 models were specifically designed for the Italian market to take advantage of a particular tax category and were sold first.  Unfortunately, they produced only 182bhp and 130lb-ft of torque, resulting in a dismal 135mph top speed and were a sales disaster.

This version had the original 2463cc 250bhp V8, was placed on the market in late 1972 and included leather upholstery and power windows.

Basically, there wasn’t any.  The V8 belt driven engine persisted in the Urraco range and was the cause of many reliability issues.  The car never sold well and led to the Italian government stepping in to save the company.  Giulio Alfieri, appointed as the consultant to save Lamborghini, made his first recommendation to scrap the Urraco.  791 models had been made.