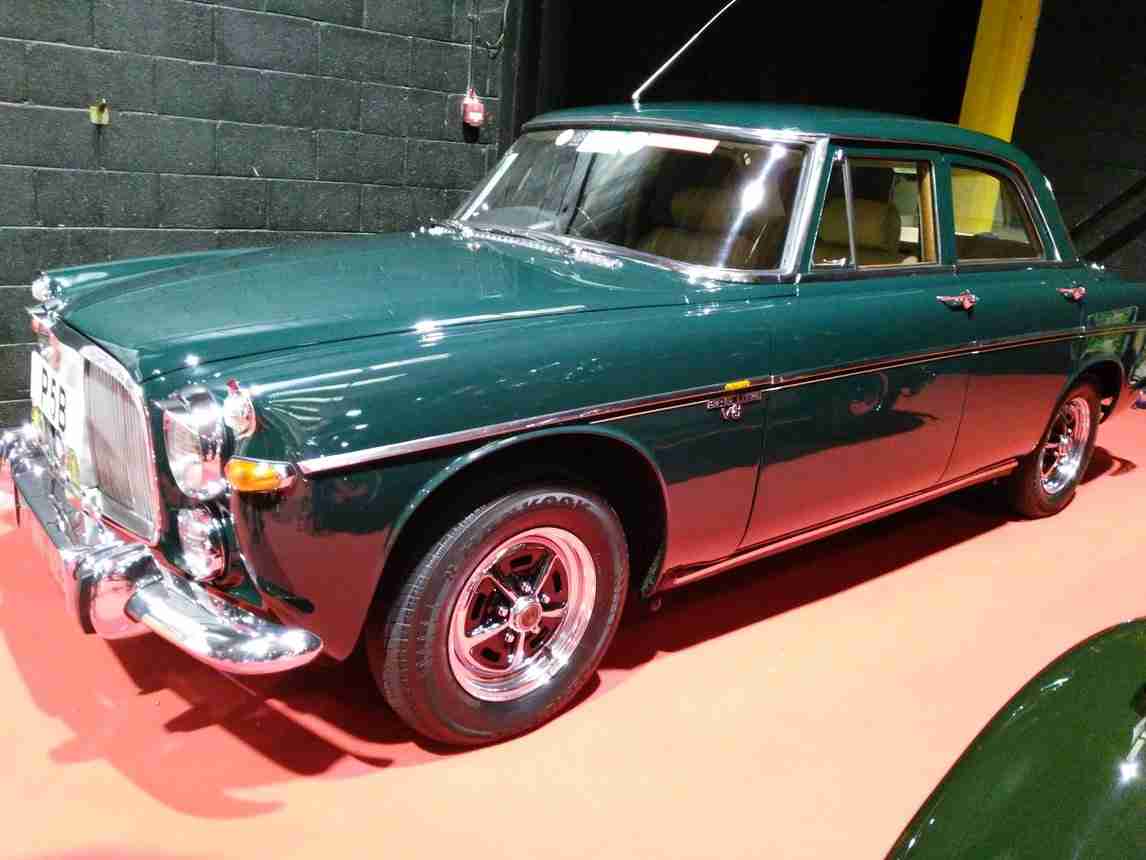 Initially known as the Rover 3 litre, 1958 saw Rover launch the hugely popular P5 as a replacement to the P4 model.  Over the years, many improvements were added to this car with the culmination being the P5B model in 1967, but the humble Mark I made do with a 3.0 litre inline 6 engine producing 115bhp (86kW) and using the same side exhaust valve and overhead intake valve that the P4 adopted.  Suspension was via front independent wishbones and torsion bars while the veritable leaf springs on a live axle approach was adopted at the rear.

In 1960 the original front brake drums were upgraded to a power-assisted set of discs while the manual transmission was shipped with overdrive as standard (this was initially an option along with power steering).

1961 saw the I-A offered for sale – this upgrade added front quarter light windows, an upgraded automatic gearbox and “hydrosteer” variable power steering.  The Hydrosteer system replaced the original Burman system and was a fully integrated design for cars with conventional cam and peg steering which made for easy installation.

Performance at the time was measured as covering the 60 mph sprint in 17.1 seconds and maxing out at 95 mph.

1962 brought further improvements with the introduction of the Mark II.  While using the same engine, power increased to 129bhp (96kW) from 115bhp (86kW) and the suspension was improved for better handling.  A four door Coupé body style was also offered for sale with a sloping roofline in the rear and narrower B pillars giving a sportier look.  This car only differed mechanically with Hydrosteer supplied as standard (while remaining optional on the saloon version).

The saloon outsold the coupé version by a ratio of 3:1.

Power increased again from the same original 3 litre engine with the launch of the Mark III in 1965.  Quoted as producing 134 bhp (100kW), the Mark III concentrated on interior upgrades for occupants, most notably with the installation of two individual rear seats replacing the original bench seat.  Again offered as a coupé and saloon, this version boasted Mark III badging on the rear and a strip running the length of the bodywork.

The Mark III was replaced in 1967 by the P5B, the ultimate variant and my preferred version of this model.  A new 3.5 litre V8 engine was sourced from Buick (hence the ‘B’ in the name) that produced 160bhp (120kW), was far more economical and also weighed less than the 3.0 litre.  This gave the car greater performance and when coupled with the Hydrosteer power steering and the Borg-Warner Type 35 automatic gearbox, it was a far superior machine.

Sporty looks were called for, so Lucas fog lights were added to the front with Rostyle wheels completing the new look.

The P5B, or the Rover 3½ litre as it was better known, remained on sale until 1973 in both saloon and coupé variants – this version of the coupé almost selling as well as the saloon.