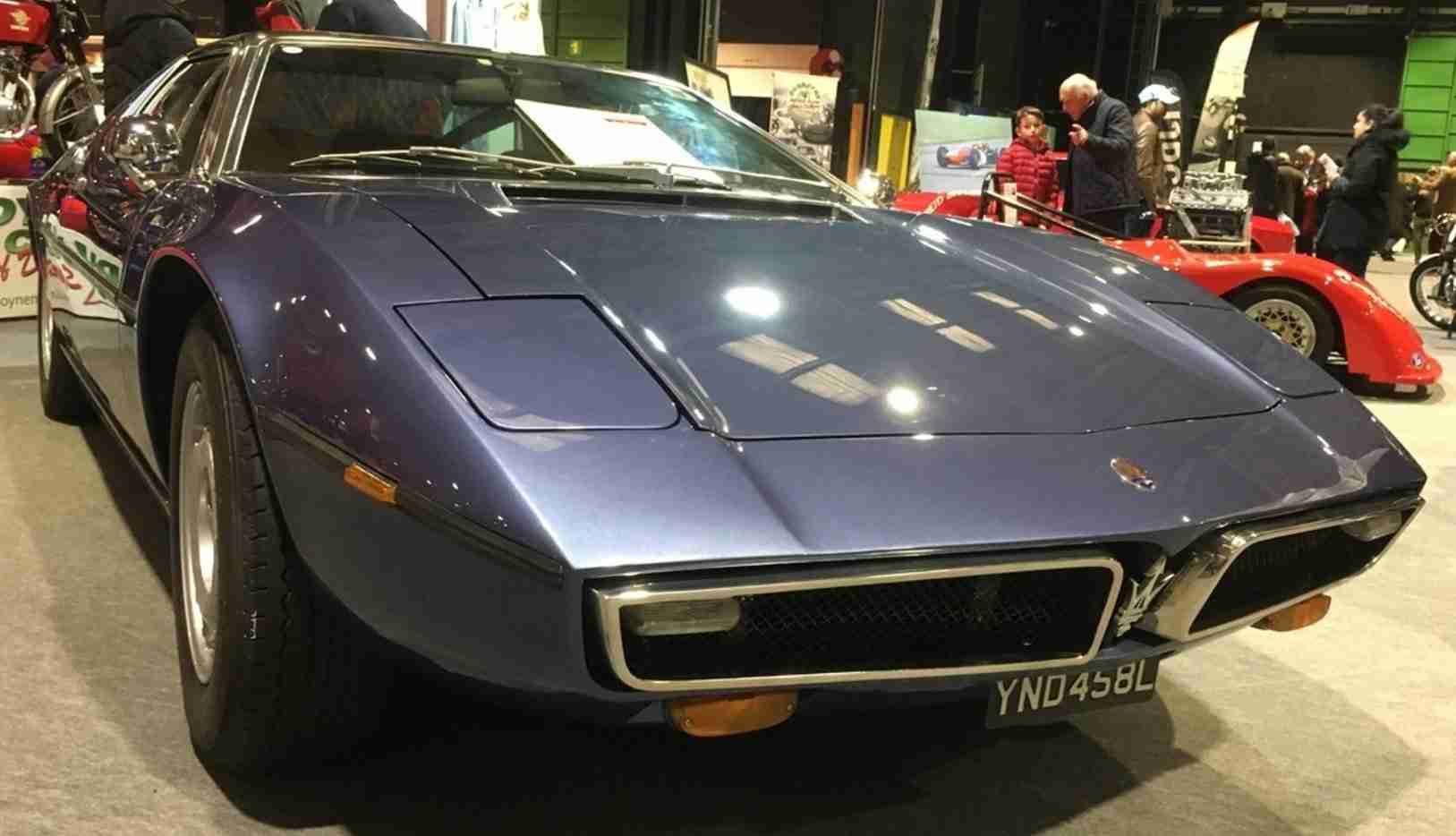 Finally recognising that they had a reputation for making outdated albeit fast road cars, 1971 allowed customers to enjoy the new Bora (internally known as the Tipo 117) which was a large step forward for Maserati.  Bought out by Citroen some three years earlier, this was the first car to be completely designed from scratch under their management.  It availed of the tried and trusted Maserati V8 engine and all round independent suspension.  The 1971 show car in Geneva featured MacPherson struts in the front layout but this had to be replaced with a wishbone approach for production due to severe kickback being encountered during testing.

For comfort, the transaxle was mounted on four flexible mounts, the engine bay featured carpeting on the engine cap and double glazed glass separated the engine compartment from the cabin.  The interior featured leather bucket seats and leather trim on the centre console, door cards and dashboard.  Electric windows and air conditioning completed the standard feature list.

Life for the Bora was not exactly as envisaged though – the car couldn’t be homologated so the racing plans were binned.  Maserati were then bought out by DeTomaso in 1975 and that caused huge disruption, while the final nail in the coffin was the advent of the oil crisis.  The car was discontinued in 1978 having sold 289 models with the 4.7 litre engine and a further 275 running the 4.9 litre engine.

Mods over the years

The suspension used on the prototype had to be replaced for production models as too much steering kickback was discovered during testing.  Unfortunately this was not the end of the handling issues as the initial cars suffered from tramlining due to the Michelin 205 tyres – the problem was solved in later cars as they were sold with wider 215 Michelin or Pirelli tyres.