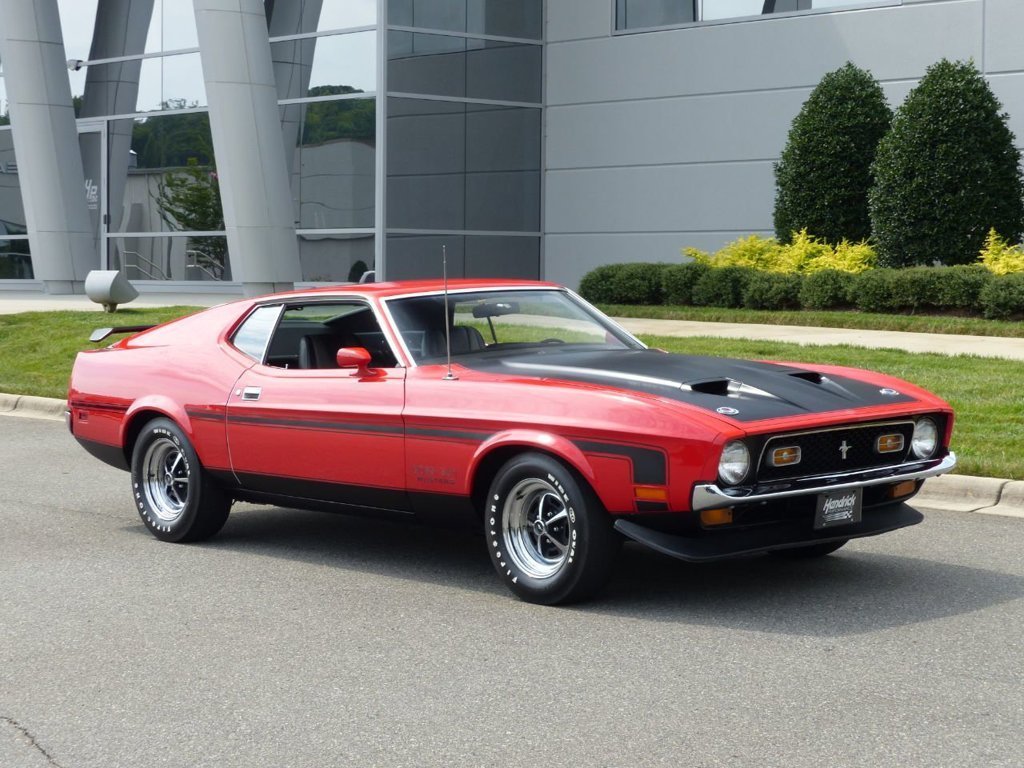 Following on from the earlier series of Mustang’s that were tweaked by Carroll Shelby (see here), Ford launched a facelifted Mustang in 1969.  This model of Mustang was a completely different machine to earlier versions, even extending the range to include a Grande luxury version.  However, we’re not interested in that one, we’re interested in the Mach 1 and Boss versions.

The Mach 1 model was the high performance variant, with revised styling to emphasise the idea.  Only available in the SportsRoof body style (the new name for the Fastback version), they had matte black bonnets with hood pins and an air scoop, competition suspension, upgraded tyres, more spoilers, a better interior and rear window louvres.  A shaker scoop was an optional extra too.  These models could be ordered with a 250bhp 5.8 engine or a 35bhp CobraJet V8 7.0.  A 4 speed manual or 3 speed automatic transmission completed the picture.

Only available in 1971, these are among the most potent performance cars ever built by Ford with a small block engine.  This car was shipped with many high performance components aboard – a Hurst shifter attached to a Toploader  4 speed manual transmission with a Traction-Lok rear end, improved competition suspension, power front disc brakes, twin NACA hood ducts and an engine that produced 330bhp and 370lb-ft of torque.

High-back bucket seats were accompanied with a central console that also housed the  oil pressure, ampere and coolant temperature gauges mounted above the radio.  While upholstery choices included the standard offering, many were instead ordered with the (now)coveted Mach 1 sports interior.  Of course, all the optional extras available on the basic Mustangs were also available – power steering, air conditioning, 8 track stereos, power windows, tilted glass, etc.