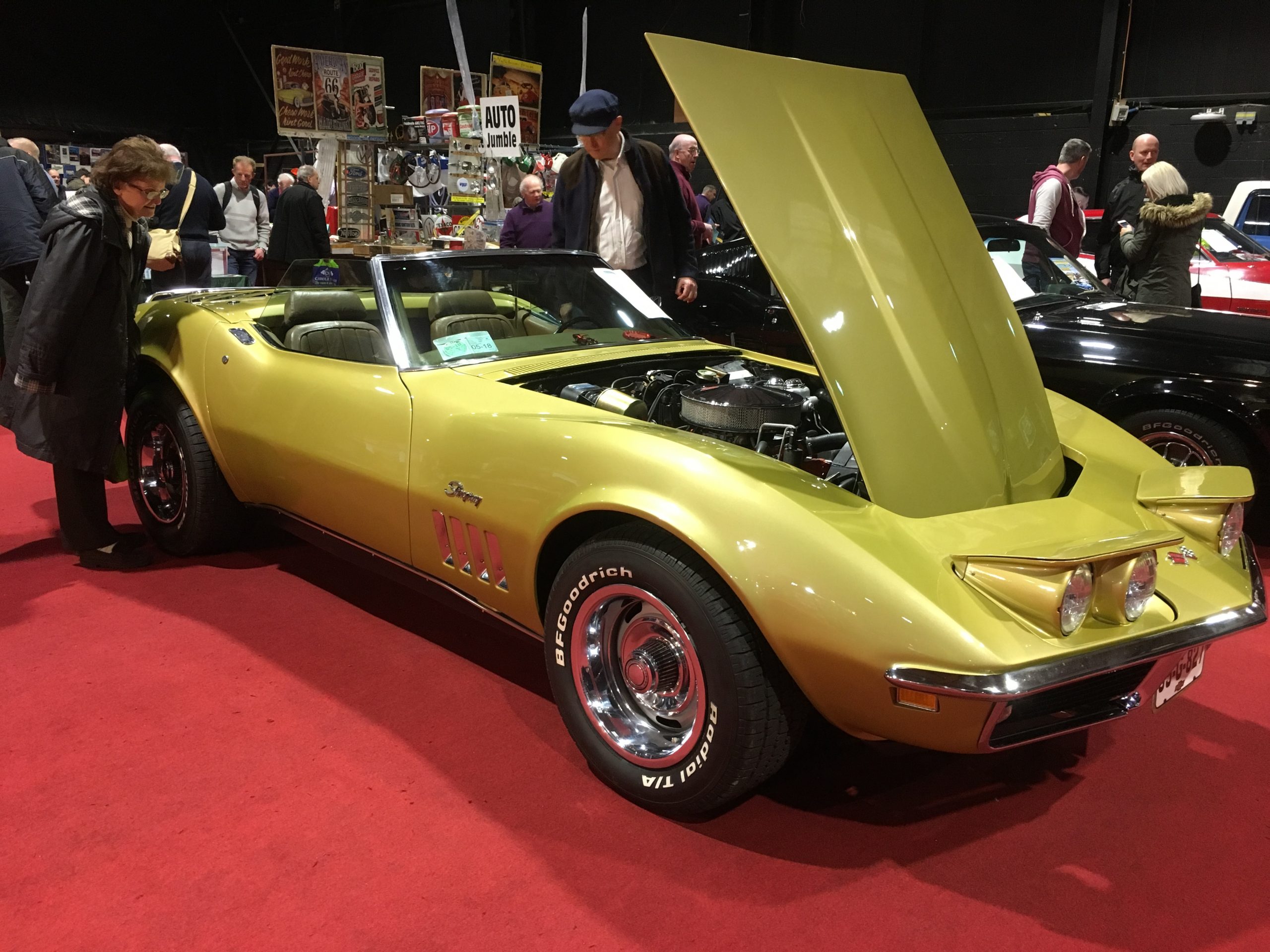 Following on from the C2 variant of the Vette, the C3 Corvette Stingray (all one word this time) was launched in 1967 and carried on until 1982.  This really long production run also encompassed new sales records in 1979 when over 53,000 models were purchased by an enthusiastic public.

The chassis for the C3 was lifted from the C2 generation, as was the engine range.  But the body styling was updated with a notchback design replacing the older coupe style from the C2.  The car adopted a T-bar roof (removable panels that left a bar in the middle) coupled with a removable rear window that was mounted vertically in the cabin.  The C3 was also offered as a drop-top which could be ordered with an optional hard top that had a glass rear window – very advanced thinking for the 1960s.

The new style retained the popup headlamps approach that I think is cool on any car.  But in this iteration, they were rotated using a vacuum pump rather than an electronic solution.  This vacuum approach was also used for the wipers that hid away when not in use – not very successfully as it turned out.  Check that these are working if you are thinking of buying this generation!

Other advancements included flush door handles, additional engine cooling vents in the front bumpers and an air vent system called Astro Ventilation.  The driver benefited from a speedo (a large one!) and an equally large rev counter slapped right in their eyeline along with a lot of secondary gauges positioned over the console.  As I’ve said before, I’m a big fan of additional information being given to the driver – things like an ammeter, oil pressure, water temp, headlight monitoring system and a fuel gauge were clustered together in this car.

Like very other car manufacturer, the more you pay the better toys you get.  Here Chevy offered a rear window heater, an alarm, different wheel coverings and an FM-stereo along with the optional hardtop I already mentioned for the ragtop.

While the chassis had been carried over, the weight distribution was improved by mounting the battery in the middle of the chassis (behind the seats).  Four wheel disc brakes and engines were also carried over along with the manual gearboxes but a new Turbo Hydramatic 3 speed auto replaced the older 2 speed Powerglide system.

There were quite a few engines available in this Vette range.  All the cars that had the 7.0 litre big block engines sported domed bonnets with 427 emblazoned along the sides of the power dome (427 signified 427 cubic inches, which equates to an engine capacity of 7.0 litres).  The engine line up looked like this:

In 1969, Chevy upgraded the 5.4 litre engines to 5.7 litres and all cars gained wider wheels – 8 inch wide instead of 7 inch.  What became a very common optional extra was the Positraction rear axle setup – which, in non-Chevy speak, is basically a limited differential setup.