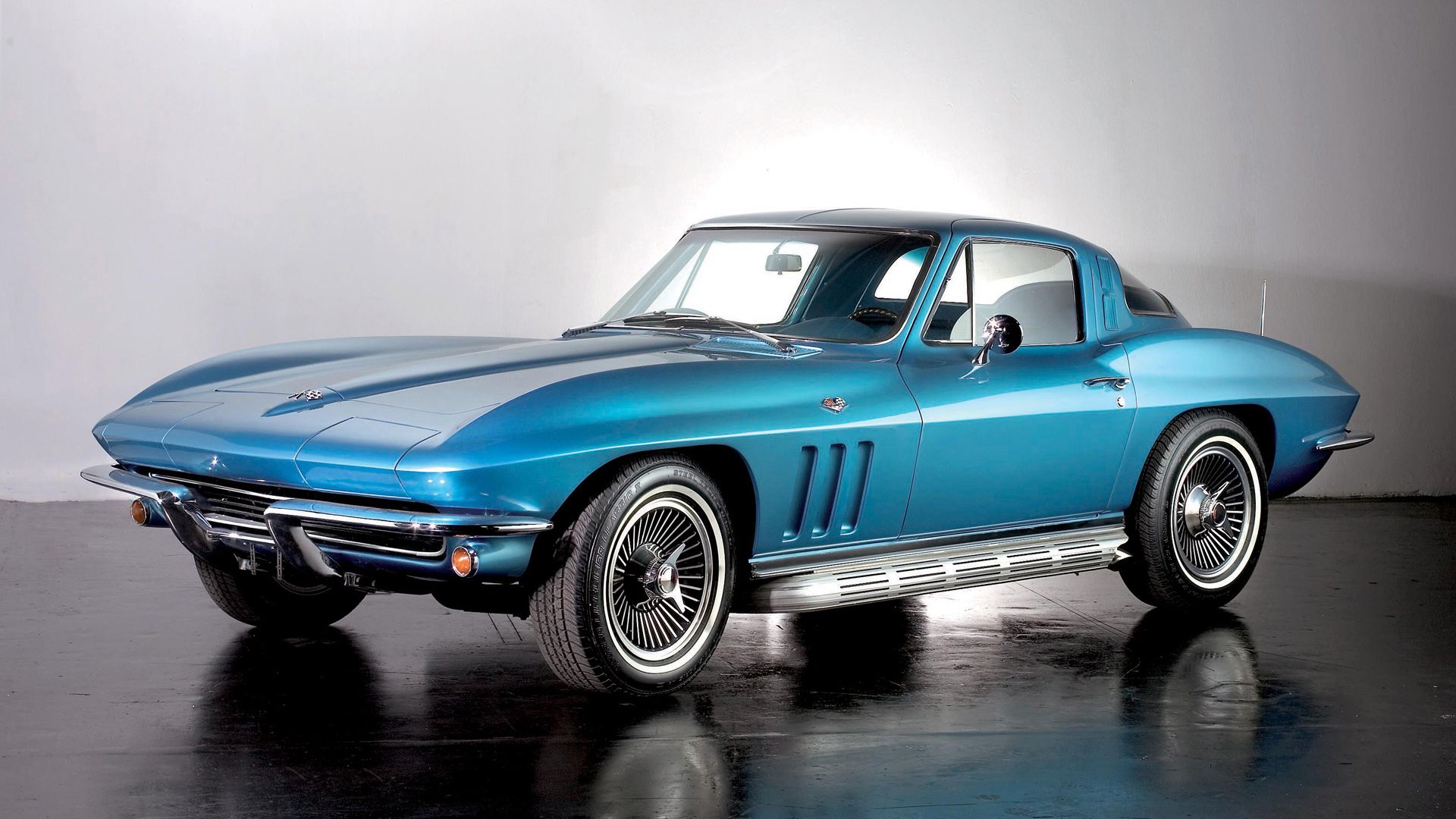 Initially launched in 1963, the ‘Vette Sting Ray was designed as a viable competitor to the vastly superior European sports cars on offer at the time.  It introduced a brand new chassis which offered much improved handling through the use, for the first time, of proper independent rear suspension (made up of control arms, shock absorbers and a transverse leaf spring fitted between the rear differential and each rear wheel).  This setup was coupled with front suspension utilising coil springs mounted on upper and lower arms of different lengths, and all this was used on a shorter wheelbase and carried a body made of fibreglass and plastic.  It was also understood that the Corvette needed to evolve on a continual basis in order to remain competitive, so each year offered new improvements.

The Corvette Sting Ray was launched with a 327 cu in (5359cc) engine in four different states of tune.  The base version produced 250bhp.  With two further carburetor choices that power jumped to either 300bhp or 340bhp, while a fuel injected version produced 360bhp.  However, the fuel injected model was very expensive and needed frequent maintenance to keep it operating in peak condition.  Of course, its ability to hit 60mph in 5.9 seconds, 100mph in 14.5 seconds and top out at 142 mph (229km/h) made it an immensely desirable car.

Also available on the fuel injected engine, when coupled with the Borg-Warner 4 speed manual transmission is the Z06 package, which added a vacuum brake booster, a dual master cylinder, power drum brakes with sintered metallic brake linings, larger shock absorbers, and a bigger front anti-roll bar.  199 models with this package were sold in 1963, only one of which was a convertible.

The split glass in the rear window was replaced with a single glass unit.  The hood vents were removed and the roof vents were restyled.

Disc brakes were adopted on all four wheels and the 396 cu in (6489cc) big block V8 engine was offered.  This bigger powerplant upgraded the output to 425 bhp.  Side exhaust pipes were available as an option from this year until production ceased.  Three working vertical exhaust vents added to the front wings.

The engine was bored out to increase displacement to 427 cu in (6974cc), although the quoted power output remains at 425 bhp.  This engine was less erratic to drive than the 1965 model, however.  Headrests and reversing lights now standard, along with better quality seats and a different (eggcrate) front grille.

While the independent rear suspension employed in the Sting Ray was not as advanced as the Jaguar E-type, this car was a huge sales hit for Chevrolet.  With its lightweight body and big V8 engines mated to either a 3-speed manual, 4-speed Borg-Warner manual or a 3-speed Powerglide automatic transmission, the performance was outstanding for its time.  In its first year on the market, over 21,000 Sting Rays were sold.